Emma Donoghue On Fame, Kids and ‘Getting Old’ 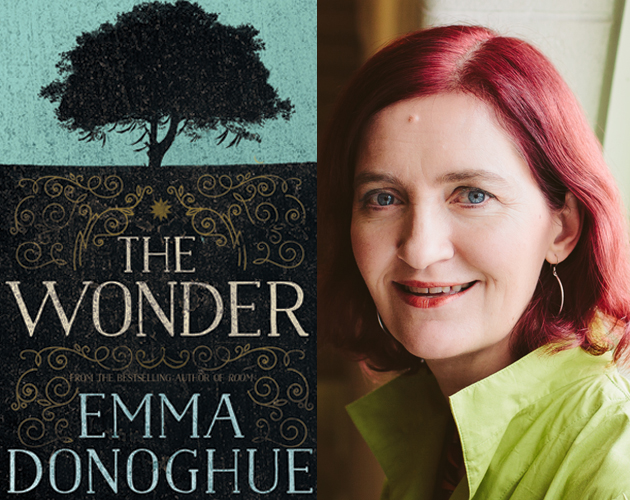 Room author Emma Donoghue has done it again, this time with her Giller Prize nominated, The Wonder.

The Wonder, written by the 46-year-old author of Room, won’t be in bookstores until Tuesday, September 20, but it’s already on the Giller Prize Longlist. Granted, I haven’t read the other books on the list, but I’d still put my money on The Wonder.

It’s an intricately, beautifully wrought tale set in 19th century Ireland about an 11-year-old girl who claims to have been fasting for months and the English nurse brought in to help determine whether this is a miracle or a hoax.

As with Room, the confines of the story are minimal. It takes place over a period of two weeks and, for the most part, in the child’s small bedroom. But there is abundant, almost unbearable tension, coming from every strand of the story, but especially between scepticism and faith, between life and death.

I spoke to the author, who emigrated from Ireland to London, Ontario where her partner is on the faculty of the University of Western Ontario:

You seem to have a penchant for constructing small worlds with big, deep questions.
ED: Fair enough. I do admire authors who manage big worlds and epic sweeps. Maybe it’s a limitation but I do need to get really close up with a few people. People are startled when they meet me to find that I laugh. The novels make me seem grave and intense, but I’m cheerful and easygoing.

Why did you choose this time and setting for the story?
ED: I wanted to make it 1850 before the concept of anorexia. And the Crimean War was the first time nursing got serious. I thought it would be a much more worthy conflict if the nurse is bringing all her skills to bear on this. And so I thought she had to be a “Nightingale nurse” (trained in the Crimean War by Florence Nightingale).

To what extent are your books, including this one, autobiographical? How much of you is there in The Wonder?
Like all writers, I use my own material. We have two kids and I’m fascinated by the psychology and ethical dilemmas of parenting. It’s still, basically, about how to save a child. That’s probably my emotional stake in it. I’m also exploring the tension between the English and the Irish. I get to have an internal dialogue with myself. Very often, writing a novel is a conversation with ourselves.

What is it about “how to save a child” that has inspired your work?
ED: Children are intrinsically vulnerable. You can’t look after a child without being aware that everything is conspiring to kill them, especially as they get older, and go out into the world. My son is going off on the city bus to school now. My fears are perpetually chasing after him. It’s never static.

Being a parent gives me a sense of my own character. Children bring out new extremes in their parents. I didn’t expect to write about parenting. It seemed so banal, parenting was so ordinary. But by isolating the parent, it was not so ordinary after all.

The nurse in The Wonder is also isolated but not physically isolated as is the mother in Room. You must find there’s still a lot of interest in Room. It’s a hard act to follow, even for you!
ED: I don’t mind if Room sells better. It’s great to have a huge world bestseller. I do tend to feel rather harassed by more projects—scripts (she was nominated for an Academy Award for Best Screenplay for Room), adapting Room for the stage, a contemporary kids’ book. My loyalty is divided. I couldn’t say no to these tantalizing offers. I try to be singleminded on any given day. I’ll do a rough draft and go to work on the next thing. Then I’ll go back to it and see the flaws. With scripts, it takes them awhile to get back to me. But I’m not writing any fewer books.

I have the next four lined up—the folders are on the right side of my computer screen, and every day they stand there, with their arms crossed, giving me dirty looks, and asking “When, when are you going to deal with us?” Like bullies around the schoolyard.

Do you have a regular writing routine?
With kids, you have to stop work and pay attention to them. They’re eight and 12. I bring a laptop with me and write while they’re having a tennis lesson or snatch 20 minutes in a parking lot. At home I write on my treadmill desk, walking at about 2.5 miles per hour. But it’s not just the kids that interrupt. It’s also everything else connected with my writing life.

You’re 46. Is that an age you think of as “starting to get old”?
I’m very aware that I’m not young, but I’m doing the same thing as I did 20 years ago so I don’t have a clear sense of the lifecycle.