Around the World in 82 Years—The Leonard Cohen Renaissance 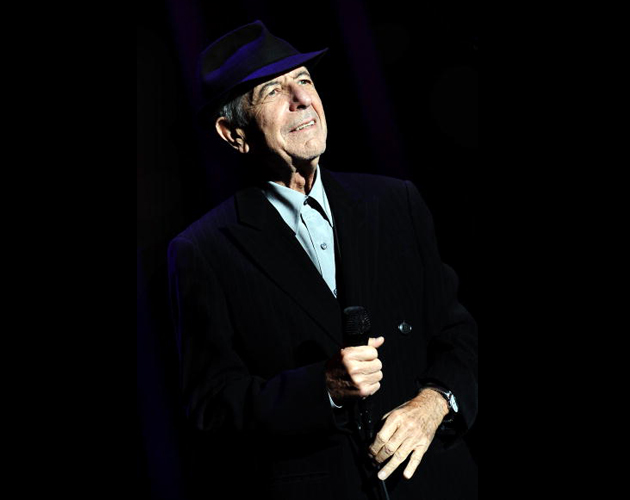 A crowd of thousands took to the streets of downtown Toronto one afternoon in May, 2006, cramming the intersection near Bay and Bloor Streets. Some climbed lamp posts or mailboxes for a better view, jostling for position and I attempted to weave my way toward the front. Not long after the man in the dark suit and fedora appeared on the makeshift stage and approached the microphone. We roared in applause. Live for the first time in more than a decade, Leonard Cohen was going to sing a song….

Until that moment 10 years ago, Cohen had no reason to tour or perform live. In fact, he’d spent a good part of the previous decade in a Zen Centre atop Mount Baldy, going by the name Jikan, meaning “Silent One.” While away he was cherished by fans in the way that one maintains affection for a favourite uncle who lives abroad—you still love him, but he’s not around much to tell him in person.

A hail of “Hallelujah” covers and a 1992 album, The Future, which went double platinum and won Cohen the Juno Award for Male Vocalist of the Year, kept his name current as he meditated and tended to dinner for his Mount Baldy hosts.

Then, in 1999, Cohen, 66, came down from the mountain. He surprised fans with two albums—Ten New Songs (2001) and Dear Heather (2004)—which marked the extent of his public activity. Ironically, the latter offered a more optimistic Cohen, largely free of the melancholic undertones that traditionally weave themselves through his music. Shortly thereafter, when Cohen learned that his manager had nearly bankrupted him by stealing from his personal fortune for years, the Silent One suddenly got loud.

The courts sided with Cohen but it proved little relief—his former manager didn’t have the funds to pay him back. And so Cohen was forced back to work, a desperate attempt to earn back, in his mid-60s, enough income to take him through his golden years.

It was this very predicament that brought Cohen to a stage on the streets of Toronto. There to promote his new poetry tome, Book of Longing, and flanked by musician Ron Sexsmith and members of the Barenaked Ladies, Cohen steadied himself while the band hit the opening chords to “So Long, Marianne.” The crowd grew noticeably giddy as the time came to croon those opening lines, “Come over to the window, my little darling/I’d like to try to read your palm.” At that moment, Cohen came close to the mic, opened his mouth, and stumbled through the verse, barely remembering the words…

It’s likely that, had his manager not wiped out his bank accounts, the Leonard Cohen renaissance of recent years would never have occurred. We’d celebrate his 80th birthday today in the fashion of other artists who’ve settled in to a quiet retirement – some kind words, old video clips, and a hearty “Happy Birthday” sendoff.

There would, however, have been no world tours. Perhaps not even any new albums, let alone discs that break the benchmark for critical and commercial acclaim he’d set earlier in his career. And there wouldn’t be an entirely new generation of Cohen fans discovering his music (including Justin Bieber fans trying to figure out just who the heck this old man is), or the opportunity for longtime fans to say “thank you” in person.

“Financial necessity of course arose in a very acute manner a few years ago,” Cohen told Rolling Stone magazine recently, when discussing the post-2004 period. “I thought I had a little bread, enough to get by. I found I didn’t—for which I’m very grateful because it spurred a lot of activity.”

He continued the thought in The Telegraph, noting that touring, “renewed my interest in the whole enterprise. Besides, this and washing dishes are the only things that I really know how to do.”

Since 2008, Cohen has circled the globe multiple times, playing to sell out audiences on nearly every continent.

“We’ve been on the road for a while now,” he told the crowd during a concert at Toronto’s Air Canada Centre last year. “I hadn’t sung for about 15 years and now you can’t get rid of me.”

The show was part of his latest world tour, in support of his 2012 album Old Ideas—a critical smash, a commercial hit, and the highest charting album of Cohen’s career. It also proved that Cohen wasn’t simply a nostalgia act, trying to rake in a few bucks by touring the world crooning “Hallelujah.”

In an age of social media, selfies, viral music videos and reality TV battles for pop supremacy, a 78-year-old Montreal singer with a hoarse voice and a fedora rose above it all to cap one of the most brilliant comebacks in music history. He was Elvis in black leather in 1968. He was Sinatra singing “My Way.” It was an encore to rival the entire first act of his career.

Now, at 82, Cohen releases You Want It Darker, an album that has been described as “haunting.” Cohen’s voice is strong, his lyrics sharp, and his tone walking that familiar edge of sorrow, tinted by a faint light of hope.

He surely isn’t singing about the financial troubles that came so close to spoiling the golden years of his life but, in hindsight, the fraud that ultimately spurred his renaissance also, in time, proved his salvation, while narrowly avoiding the blues.

Before the renaissance, there was Toronto—Cohen on stage, guided into his own verses by Ron Sexsmith and Steven Page of the Barenaked Ladies. The crowd in the street didn’t care. We all joined in, a chorus of thousands bellowing “So long, Marianne, it’s time that we began, to laugh and cry and cry and laugh about it all again…” into the afternoon sky. Leonard smiled. There was a feeling amongst the group, a sense of renewal about it all, as if this was the start of something special. Leonard Cohen, we could sense, wasn’t finished.

That was 2006. Cohen has been back to Toronto twice since, each time requiring an upgrade in venue, and extra dates, to accommodate his swelling fan base. It’s a trend that’s spread everywhere his music reaches.

And, on Leonard Cohen’s 82nd birthday, fans in every corner of the globe are elated to celebrate a new album from a man who sounds as creative, comfortable, and vibrant as ever. So vibrant, in fact, that he’s already dropped hints about his next album.

This article was originally published online in September 2015.