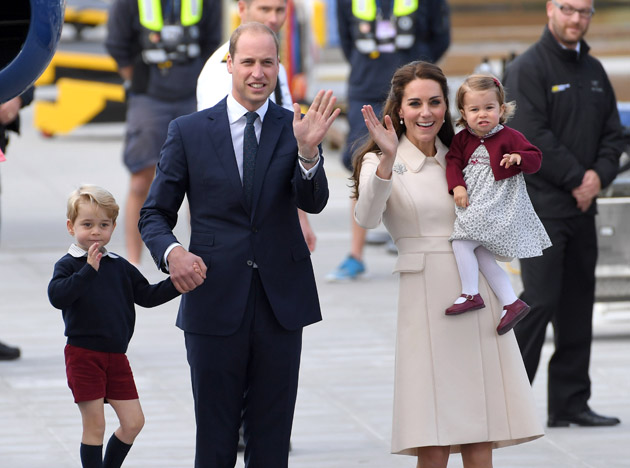 It’s been a whirlwind week, but the royal family are headed back home after a jam-packed trip to Canada.

The crowds gathered at the airport in Victoria, BC got one last glimpse of the royal family before Prince William and Kate Middleton, Duchess of Cambridge boarded the plane with Prince George, 3, and Princess Charlotte, 16 months. And, once again, the little ones stole the show.

Meanwhile, Prince William thanked Canadians for their “warmth and hospitality”, saying he and Kate loved the beautiful locations they visited in British Columbia and the Yukon.

“We feel very lucky to have been able to introduce George and Charlotte to Canada,” he said in a statement. “This country will play a big part in the lives of our children and we have created such happy memories for our family during this visit.”

He continued: “Canada is a country of optimism, generosity and unrivalled natural beauty. I hope we have helped all Canadians celebrate what makes this country great. We will see you again soon.”

We have created such happy memories for our children during this visit #RoyalVisitCanada pic.twitter.com/S1v0XO3WvT