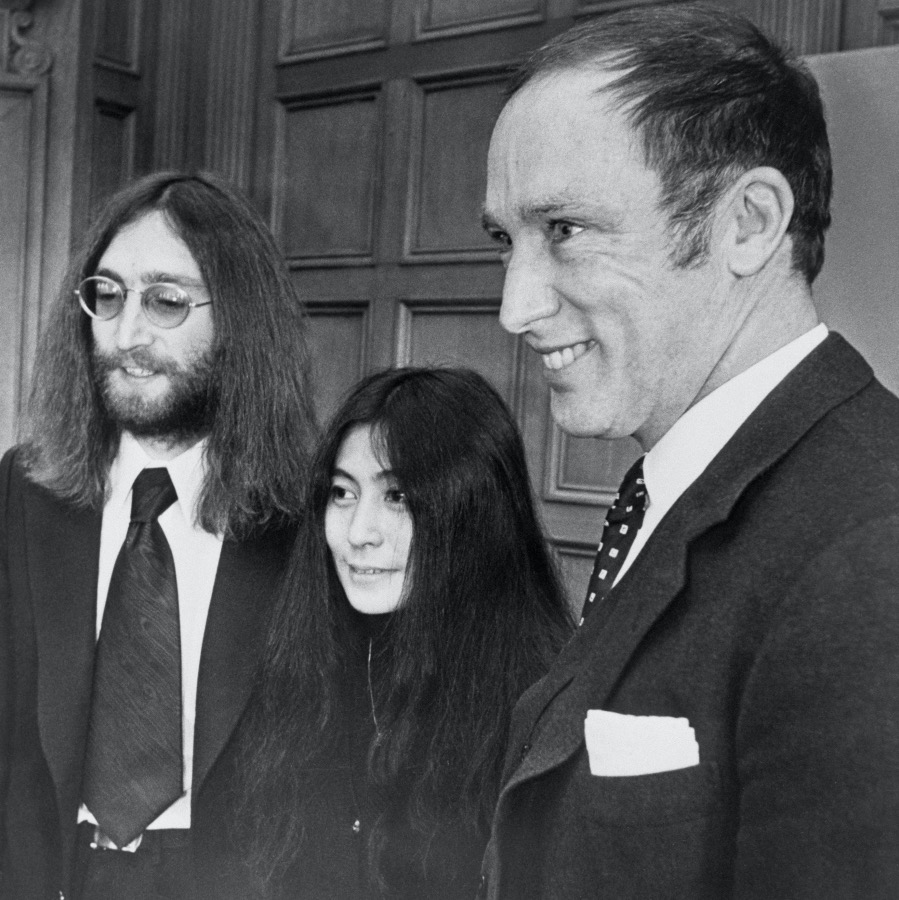 John Lennon and his wife Yoko Ono meet with Canadian Prime Minister Pierre Elliott Trudeau on Parliament Hill while promoting their peace campaign in December, 1969. After the meeting with the Trudeau, Lennon said, "If all politicians were like Mr. Trudeau, then there would be world peace." Photo: Bettmann / Contributor / Bettmann via Getty Images

If everyone demanded peace instead of another television set, then there’d be peace. — John Lennon

There are two sides to John Lennon, as the public knew him: the rock star and the peace activist. While most fans found themselves initially devoted to the former, it’s the latter who made the most profound social impact.

Canadians, truly, have always had a special connection with the former Beatle. During his time as a member of the Fab Four, John only had a chance to touch down in three Canadian cities for performances. However, while promoting peace, John and wife Yoko Ono Lennon found themselves and their message increasingly welcome here.

Whether it was through billboards or Bed In’s, meeting the Prime Minister or rocking a stadium for peace, history was made whenever John paid Canada a visit. Here, we recall our favourite John Lennon Canadian moments.

The Beatles Come to Canada

In August and September of 1964, the Beatles touched down in Canada for live shows in Vancouver, Toronto and Montreal.

They only played in Canada a handful of times as a group, but Canadian fans did get to hear classics such as Yesterday, Nowhere Man and Paperback Writer, live.

It’s not unusual for couples to spend time under the covers. Most however, don’t invite international media into the room to film it. John and Yoko weren’t most couples though and in May of 1969 they brought their famous “Bed In for Peace” to Montreal’s Queen Elizabeth Hotel.

Montreal was actually John and Yoko’s fourth choice to host their Bed In. The event was conceived and originally took place in Amsterdam to an enthusiastic reaction. The couple wanted to head to New York to host their next Bed In there, but due to a prior drug conviction the U.S. denied Lennon entrance., From there, John and Yoko took their Bed In to the Bahamas, but found the heat too overpowering. Eventually, Montreal was chosen and became the most iconic site of the protest due to the media coverage, celebrity attendees and the recording of the iconic anthem Give Peace a Chance.

John and Yoko also spent time in the King Edward Hotel in Toronto, but their Montreal stay is the one immortalized on film reels and in fans’ minds.

The Lennon’s Go to Ottawa, Part One

In 1969, John and Yoko made a trip to the nation’s capital to attend a “Seminar on World Peace” at the University of Ottawa, which would also include media coverage and an appearance by Pierre Trudeau. The only problem was, the story was made up.

Former Canadian politician Alan Rock, who was student president at the university at the time, invited the Lennon’s to appear at the seminar as a way to persuade them to come to Ottawa. The plan worked, and despite the absence of Trudeau the Lennon’s did host a “Seminar on World Peace ” and also stopped by 24 Sussex Avenue to check out the Prime Minister’s house.

Rock, who Lennon asked to serve as the couple’s driver for the trip, is now the president of the University of Ottawa.

The first foray John and Yoko made to Ottawa led to an eventual meeting with Prime Minister Pierre Trudeau in December 1969. The meeting, which centered around talks about peace, lasted almost an hour and was Lennon’s first with a world leader on the topic. Evidently, Trudeau made quite an impression on the rock star. After the meeting Lennon told the Ottawa Citizen that the Prime Minister is “a beautiful person” and that “if more world leaders were like Mr. Trudeau it wouldn’t be necessary to worry about peace.”

When John Lennon said he’d put a band together, he wasn’t kidding around. First, there was the Beatles. Then, in September of 1969, when John received an invite to headline a concert in Toronto’s Varsity Stadium, he hopped on a plane to fly over from England with a few of his newest band mates: Eric Clapton, Klaus Voormann, Alan White and Nick Knowlands.

Technically the debut of the Plastic Ono Band, John, Yoko and the group headlined the Rock and Roll Revival Show, playing covers of classic rock hits from the 50s and 60s before transitioning into some of John’s newer numbers.

John and Yoko had a lot of friends in Canada, including fellow musicians like Ronnie Hawkins. During their trips here they’d often visit their friend’s when they had some down time, and perhaps take part in activities that seem quintessentially Canadian — such as taking a ride around Hawkins’ Mississauga-area farm on a snow mobile.

War is Over (If You Want It)

In 1969, John Lennon and wife Yoko Ono set out to “advertise” peace through the purchase of billboards in major cities European and North America cities. The large white signage read, “War is Over! If you want it. Happy Christmas from John and Yoko.”

One of these billboards, which oddly enough proved controversial at the time, appeared in downtown Toronto.

In an interview with famed Canadian theorist Marshall McLuhan, John explained the reason why many of his peace campaigns took root in Canada.

“We seem to end up in Canada without even having to think about it, you know,” John said. “Because we made a lot of good contacts here. We’re offered help, you know. We don’t often get much help about campaigns. It’s usually people wanting help. A few Canadians… we had offers that they help us, you know. So we just come like a shop then.”

John Lennon: His Life in Pictures on Would Have Been His 80th Birthday