Watch: Trump and Clinton Face Off In ‘The Presidential Debate Song’ 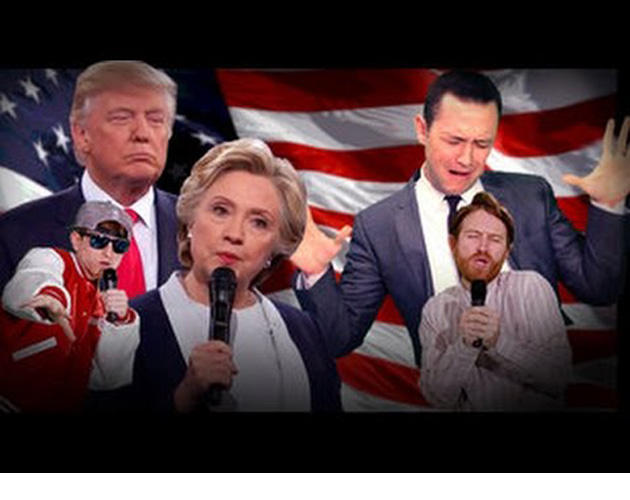 Actor Joseph Gordon-Levitt teamed up with the Gregory Brothers for a musical mashup of highlights from the second 2016 presidential debate.

It seems the presidential debate is the gift that keeps on giving. Since it aired on Sunday, October 9, there have been countless viral videos and memes about the televised event.

Actor Joseph Gordon-Levitt, 35, took it one step further, joining forces with the Gregory Brothers to songify the town hall debate, with the help of The New York Times. In the hilarious viral video, Gordon-Levitt takes over Anderson Cooper’s spot at the moderator’s table while former Secretary of State Hillary Clinton and Donald Trump respond in son—with the help of autotune.