A Dog’s Life: 4 Other Jobs For Snoopy After Being Fired By MetLife 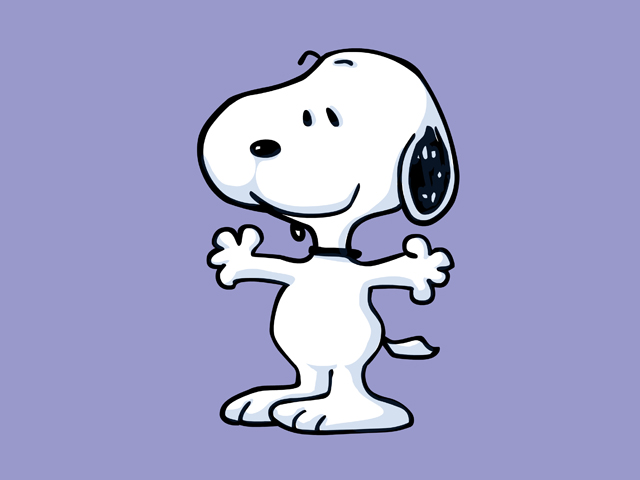 The news that insurance company MetLife handed Snoopy his pink slip after 31 years of service as their mascot left us heartbroken and envisioning the lovable cartoon dog sitting alone in the unemployment office, slumped over in a chair, his résumé signed with a little paw print at the bottom.

We’d like to think he’s saved his money over the last three decades, but the word going around is that he’ll work for peanuts.

Bad puns aside, we’ve decided to help the beloved pooch get back on his little feet—all four of them—with four suggestions for jobs we think he’d be great at.

Hear us out on this one: For starters, current election polls, and popular sentiment, prove that Trump’s campaign team isn’t exactly keeping their candidate on pace to win any elections any time soon. So why not let Snoopy take over? First, he’d add a dose of much-needed likeability to Trump’s sour image. Second, he’s already used to dealing with a close friend with a curious haircut (seriously, what’s with Charlie Brown’s ‘do?). And, lets face it, it makes it a heck of a lot easier to listen to Trump drone on all day when you’re only capable of hearing adult voices as a monotone “Wah, wah, wah.”

2. Join the cast of Dancing with the Stars

What do other celebs do when their shows are cancelled, their 15 minutes of fame run out, or they haven’t had a major project to work on in years? They hit the reality TV circuit. And Dancing with the Stars is perfect for Snoopy. Tell me, who is going to vote this adorable pooch off the show? Well, aside from Lucy.

What is Charlie Brown actually like behind closed doors? Where is Lucy funnelling the proceeds from her (discredited) psychiatry business? What is Linus really hiding under that blanket? Why is Pig-Pen so reluctant to come clean and what exactly is chirpy little Woodstock saying about the Peanuts gang in his bird-speak? These and other groundbreaking revelations could come to light in the year’s biggest literary bombshell, Life in the Doghouse: Snoopy Spills All.

So that’s what Snoopy’s been writing on his typewriter all these years.

4. Score Himself a Big Screen Biopic

Biopics are all the rage these days and once Snoopy has alienated himself from the Peanuts gang with his tell-all book, he’ll need a new forum to showcase his talents. Why not, then, pitch a biopic about his life? After all, Tom Hanks just played Captain Chelsey Sullenberger in a biopic about the pilot who landed his commercial plane on the Hudson River. Big deal. Snoopy’s been fighting the Red Baron in a First World War air battle for decades. Throw a pair of dog ears and a cute nose on Hanks and the Sully star can helm the year’s new greatest pilot film, Snoopy.