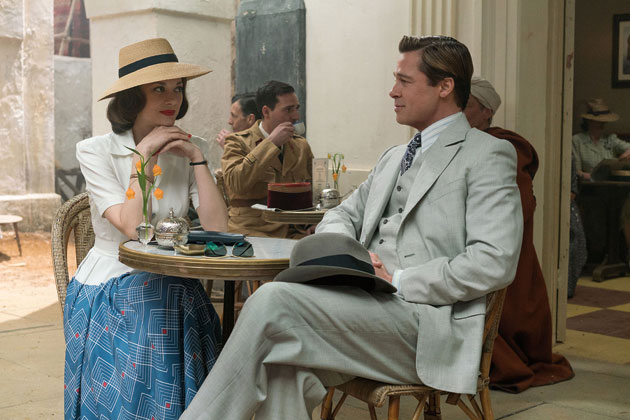 Here’s looking at you, kid…Set in 1942 Casablanca, Allied is the true story of a French-Canadian intelligence officer (Brad Pitt) and a French Resistance fighter (Marion Cotillard) on a mission behind enemy lines. They fall in love during their mission to kill a German official and are later reunited in London. However, their relationship comes under fire when Max begins to wonder if Marianne may be a Nazi spy. While not quite Bogart and Bergman, the comparisons between this film and the classic Casablanca are inevitable. The pic will garner more press due to Pitt’s impending and perhaps scandalous divorce from Angelina Jolie, including rumours he had an affair with co-star Cotillard (who posted a firm denial on Instagram). But, as we know, the problems of three little people don’t amount to a hill of beans in this crazy world.

Based on a true story, Hacksaw Ridge tells the story of Desmond T. Doss, an American medic during the Second World War who was the only American soldier on the front lines to fight without a weapon and the first conscientious objector to be awarded the Congressional Medal of Honour. Starring Andrew Garfield and directed by Mel Gibson—yes, that, Mel Gibson, whose last directing effort was 2006’s Apocalypto before his personal scandals derailed his career.

A version of this article appeared in the November 2016 issue with the headline, “War Stories,” p. 14.