Watch: The Aretha Franklin Performance Everyone Is Talking About 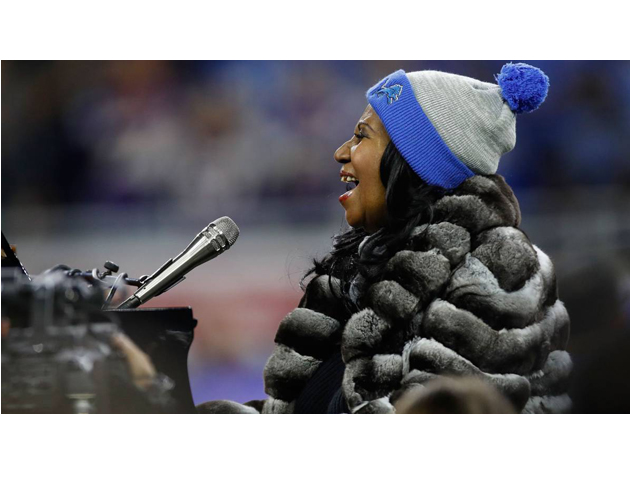 Listen to the Queen of Soul’s soaring rendition of the American national anthem at the NFL’s Thanksgiving Day game between the Minnesota Vikings and Detroit Lions.

Aretha Franklin took the “Star Spangled Banner” and gave it her very own rousing, interpretive spin at the FL’s Thanksgiving Day game on November 24.

Looking as regal as ever in a mink coat and winter hat, the Queen of Soul captivated the nation with her epic rendition of the American national anthem. Clocking in at four minutes, 35 seconds, the 74-year-old sounded as good as she did in the early days of her career.

On that note, we’re wishing our neighbours to the south a very Happy Thanksgiving!