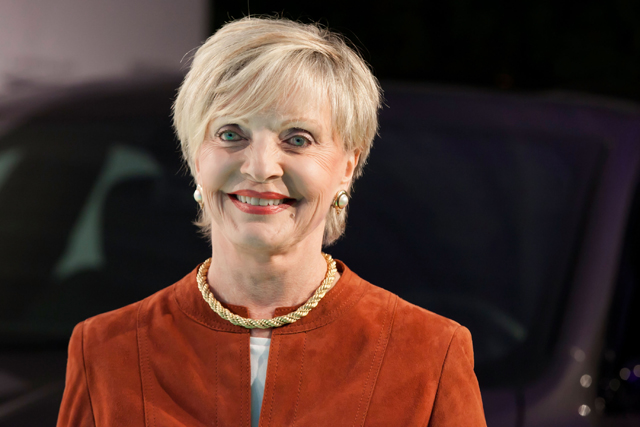 Florence Henderson, best known for her role as Carol Brady on the classic TV sitcom The Brady Bunch, passed away on November 24, 2016, from heart failure at age 82.

While most fans remember her fondly as “America’s Mom,” there was so much more to Henderson’s life and career. From being a trailblazer for women as the first female guest host of The Tonight Show to her refusal to allow age define her and her resiliency in the face of setbacks, Henderson exemplified the steadfast, energetic, adaptable boomer spirit—and we’ve compiled five ways she did it.

Five reasons why Florence Henderson was an inspiration…

Like so many boomers, Henderson grew up during the Great Depression. From an early age her mother taught her to sing, eventually leading to performances around her hometown of Dale, Indiana.

Not only did Henderson prove she could navigate difficult times by using her innate talents to her advantage, but she called on that resiliency decades later when, in 1965 and a star of stage musicals, she lost her hearing to a hereditary condition called otosclerosis. “If you make your living as a singer, the problem begins to snowball into a nightmare,” Henderson wrote in her autobiography, Life Is Not a Stage: From Broadway Baby to a Lovely Lady and Beyond. “Certain instruments in the orchestra, especially the strings, begin to gradually fade away out of your hearing range. Are you certain that you’re going to hear that special note that is your cue to begin? Staying on pitch had never been a problem before but all bets were off suddenly.” A devastating blow, Henderson endured, doing her best to perform as the condition progressed before eventually having corrective surgery. For the rest of her life she helped raise money for charities that benefit the hearing-impaired, turning her own personal affliction into an opportunity to help others in need.

2. She was a trailblazer

When late night legend David Letterman retired, much of his replacement talk surrounded putting a female host behind the desk as his successor. Of course that didn’t happen, and while women are still woefully underrepresented on the late night landscape, Florence Henderson not only broke through that glass ceiling, but she even hosted the greatest late night show of all—before Johnny Carson.

Yes, in 1962, before the King of Late Night cracked his first joke as host of The Tonight Show, Florence Henderson became the first female to ever guest host the venerable franchise, taking up the helm after Jack Paar’s exit.

3. She never let age define her

Back in 2010, while in her mid 70s—an age when other performers are playing grandma/grandpa roles—Henderson joined the cast of Dancing with the Stars, wowing viewers with her moves while earning the respect of a new generation of fans. A few years prior, at age 68, Henderson made a very memorable appearance on the improv show Whose Line Is It Anyway?, sharing passionate kisses with her much-younger co-stars Ryan Styles and Colin Mochrie.

We all know that, as a Broadway star, she could sing and dance, and that, as Carol Brady, she could bring the laughs, but Henderson had so much more to offer.

From hosting various talk shows over the years to her own Retirement Living TV cooking show, Who’s Cooking with Florence Henderson, to countless guest spots on game shows, reality shows and sitcoms, Henderson showed she’s a chameleon of stage and screen, refusing to be typecast and reinventing her career time and again while proving to be the epitome of boomer versatility.

Of course, one can’t speak of Florence Henderson’s legacy without mention of her work as Carol Brady on The Brady Bunch, her most famous role and the one that made her one of the most recognizable pop culture figures of a generation.

But with such a varied body of work, a trailblazing career and an energy and passion to perform that never slowed down with age, Henderson left an indelible legacy on stage and screen that brought joy to multiple generations of fans. And, as boomers move into the later stages of life and consider their own legacies, who wouldn’t want to know that they left smiles on people’s faces long after they’re gone?

Henderson certainly did—and it was one of the many things that made her, in life and on screen, such a lovely lady.