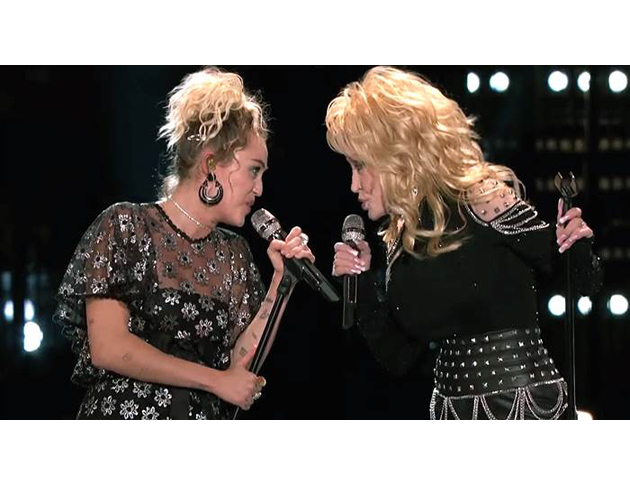 Country legend Dolly Parton joined goddaughter Miley Cyrus on The Voice for a beautiful rendition of the 1973 hit, “Jolene.”

Parton, 70, and Cyrus, 24, performed on stage during the latest episode of the singing competition The Voice alongside Pentatonix, the same group who had collaborated on an a cappella version of “Jolene” with Parton this past September.

The much-anticipated performance went viral and the love and respect between Parton and Cyrus added to the power of the act.