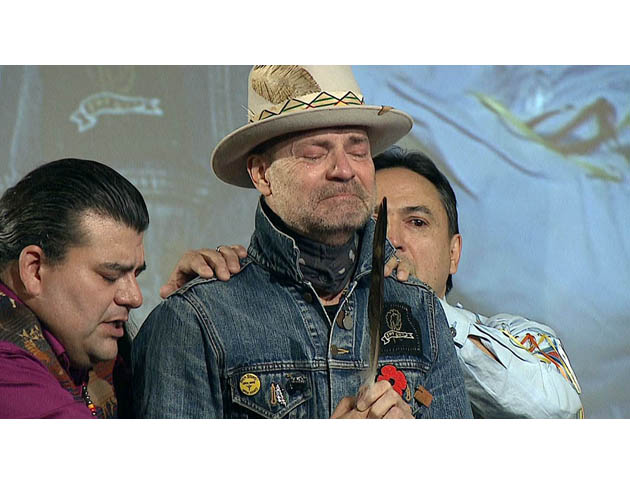 Tragically Hip frontman Gord Downie got emotional as he was honoured at the Assembly of First Nations special chiefs meeting.

With prime minister Justin Trudeau looking on, Gord Downie was warmly embraced by the Assembly of First Nations (AFN) National Chief Perry Bellegarde and honoured for his work in highlighting the lives of victims of Canada’s residential schools.

In recognition of his advocacy, a visibly emotional Downie was gifted with an eagle feather and given an indigenous spirit name, which translates to “Man who walks among the stars.”

Downie, who is battling terminal brain cancer, sobbed during the ceremony, which took place in Gatineau, Quebec on December 6.

Watch the video from the ceremony here.