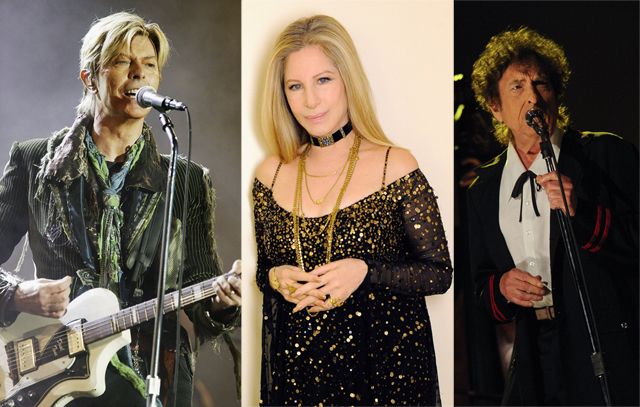 Blackstar may be David Bowie’s first and only album to top the Billboard charts, a critically and commercially celebrated collection of songs and his goodbye of sorts to fans (he died just days after its release last January), but all of that wasn’t enough to elevate the disc to the level of Justin Bieber or Beyoncé in the eyes of the National Academy of Recording Arts and Sciences, who doled out the 59th Grammy nominations earlier today. Bowie’s Blackstar, which did receive nominations in three categories – Best Rock Performance and Best Rock Song (the title track) as well as Best Alternative Music Album – didn’t make the cut for Album of the Year. Instead, Adele (25), Beyoncé (Lemonade), Justin Bieber (Purpose), Drake (Views) and Sturgill Simpson (A Sailor’s Guide To Earth) will duke it out for the top prize.

In fact, not only did Bowie not crack the competition for the main award, but boomer artists in general remain notably absent from the list of nominees. An exception is the Best Traditional Pop Vocal Album, a category reserved for classic American Songbook-style recordings – which explains why Tony Bennett’s won the award 13 times in 24 years. This year recently-minted Nobel laureate Bob Dylan, 75, whose disc Fallen Angels, a cover album of some of the great American songwriters, faces off against fellow boomer nominees Andrea Bocelli, 58 (Cinema), Willie Nelson, 83 (Summertime: Willie Nelson Sings Gershwin) and Barbra Streisand, 74 (Encore: Movie Partners Sing Broadway). Josh Groban, at 35, is the only other person in the category, for his album Stages Live.

Other big name boomer nominees include:

As well, the soundtrack for the musical Kinky Boots, written by Cyndi Lauper, 63, was nominated for Best Musical Theater Album and Peter Gabriel’s “The Veil,” written for the film Snowden, earned the 66-year-old a nomination for Best Song Written For Visual Media.