Mick Jagger, 73, Becomes A Dad For The Eighth Time 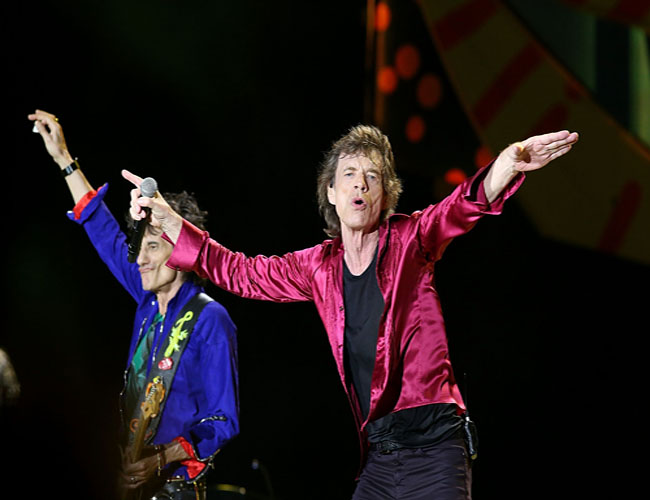 There are worse things happening in the world than making love and making babies.

But it is nevertheless somewhat shocking to learn that Sir Mick Jagger just had his eighth child (who is now younger than the singer’s great-granddaughter) with his fifth baby mama, 29-year-old American ballet dancer, Melanie Hamrick.

And yet, let’s face it: while it’s tempting to wag a finger and make fun of Sir Mick’s proclivity to keep producing baby Jaggers with ever-younger lovers, you just have to admire the man for having the wherewithal—in every way—as well as the chutzpah to impregnate a woman who could be his granddaughter and to take responsibility for her child.

According to a statement released by his publicist, “Mick was at the hospital for the arrival. Mother and baby are doing well and we request that the media respect their privacy at this time.”

The Rolling Stone first blessed the world with a child 45 years ago and hasn’t stopped blessing us since.

So what’s the problem?

Well, there really isn’t any, or at least any that concerns us.

Ms. Melanie Hamrick may worry a little that her child won’t have a father around when he or she is growing up, but Mick’s own father lived to the age of 93, so there’s a good chance he’ll be around for another 20 or 25 years.

I’m guessing there’s even a good chance, with Mick’s proclivities unlikely to fade anytime soon, that there could be a little brother or sister for baby Hamrick-Jagger.

Certainly there’s no problem with providing for the child. Nobody, no doubt including the baby mama, expects Mick to be around to change diapers or get up in the middle of the night to bottle feed—or even to be around much at all. The Stones are still busy performing and recording, and if Mick is up in the middle of the night, it’s likely to help himself to a bottle of something stiffer than formula.

Speaking of stiff, among the comments on stories about Mick’s blessed event, was this one from @causticbob on Twitter: “Mick Jagger isn’t wrinkly. He’s ribbed for her pleasure.”

But that’s just the point. Mick Jagger is wrinkly. He’s a great-grandfather, for heaven’s sake, and 43 years older than his girlfriend.

So while we may, in a way, have to give the man his due with grudging admiration, we’re also extremely aware of now unseemly and even ridiculous it is for him to deposit his semen in a woman who was born 25 years after the Stones released “I Can’t Get No Satisfaction.”

But then, seemly, staid behaviour is nothing we ever expected from Mick and his mates—or even wanted from them.

We offer, therefore, congratulations, albeit half-heartedly, to the parents-to-be but also an admonishment to Mick: enough’s enough!