Style Tips For the New Way of Dressing Formal 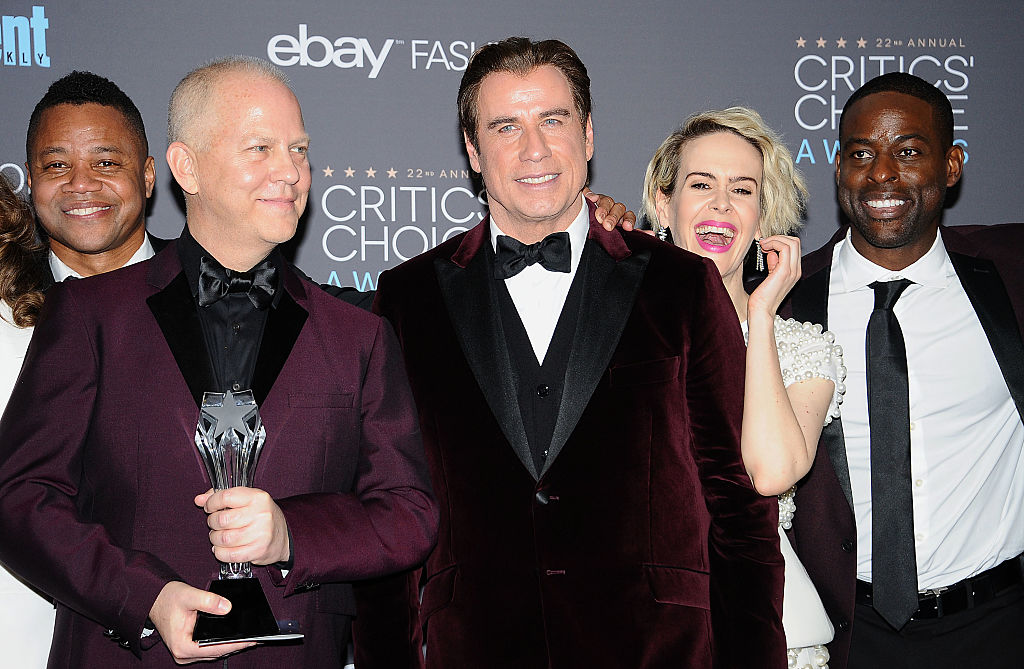 The colour purple was the plum pick when it came to tuxedos at Sunday night’s Critics’ Choice Awards held in Santa Monica.

Actors from seasoned pros like John Travolta to young up and comers like Donald Glover opted for the rich luxurious burgundy shade for their red carpet appearance at the prestigious award show. And these proud peacocks were a welcome sight amongst the penguins – those that adhere to the traditional black and white tuxedos.

Red carpet fashions tend to be dominated by the women but it is starting to appear that men are coming out of the shadows. It’s difficult for guys to make a fashion statement at these award shows which usually have a black-tie mandate. And there is only so much one can do to the notoriously restrained classic tuxedo look to make it stand out.

Interestingly, most of the guys who opted to go rogue in bordeaux, were in the cast of the television drama, The People v OJ Simpson: American Crime Story, which was up for several awards. The hit series starred Cuba Gooding Jr as OJ Simpson, John Travolta as defence lawyer Robert Shapiro and Sterling K. Brown as Christopher Darden and perhaps the actors took their sartorial cues from executive producer Ryan Murphy. Known for his hit shows Glee and American Horror Story, Murphy tends to bypass the classic black and white tuxedo looks at award shows and generally put his own twist on the traditional menswear outfit. For the Critics’ Choice Awards, he went for a jewel-coloured tux jacket paired with black shirt and bow tie (as seen in main photo).

Since this show marks the first out of the gate for Awards season – the Golden Globes are up next in January – perhaps more men will take to breaking with tradition and putting their own style stamp on the tux look.

Whether you’re heading to a swanky New Year’s Eve party or a formal event in the coming new year, here are a few style tips on redressing the tux look.

Scroll through our slide show for the men who went for the colour purple at The Critics’ Choice Awards. Actor Courtney B. Vance eschewed the formality of a tux altogether and opted for a dark burgundy jacket with gray tie.