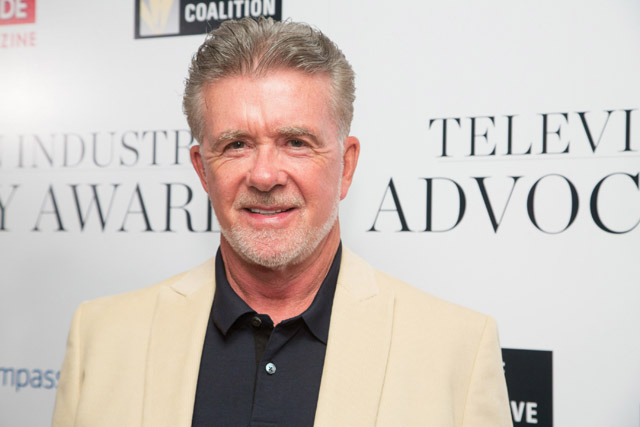 Alan Thicke, the Canadian actor who rose to fame as 1980s sitcom dad Jason Seaver on the hit TV show Growing Pains, died on Tuesday of a heart attack. He was 69.

According to reports, Thicke was suffering chest pains and vomiting while playing hockey with his son, Carter, in Burbank, California. He was rushed to the hospital around noon where he was pronounced dead.

Thicke was born in Kirkland Lake, Ont., and broke into show business in the late 1970s hosting both game shows and daytime talk shows, including The Alan Thicke Show in the 1980s, and the late night program Thicke of the Night. Following the success of Growing Pains he made numerous TV appearances on everything from The Bold and the Beautiful to Married … With Children and How I Met Your Mother to reality TV.

A musician as well, Thicke wrote a multitude of television theme songs, including the signature tunes for Wheel of Fortune, Diff’rent Strokes and The Facts of Life. Beginning in 2014, he starred in his own reality show, Unusually Thicke, which documented life at home with his third wife, Tanya, and teenage son, Carter, with occasional appearances from his two older sons, Brennan and pop star Robin, as well as other prominent celebrity friends. Thicke received the “Icon Award” at the Whistler Film Festival in British Columbia earlier this month.

In recent years, Thicke turned to writing about aging for various publications, dubbing himself a “boomerologist.” Speaking with him about his perspectives on aging in 2014, he told Zoomer one of the biggest advantages boomers possess is their communication with the generations that will succeed them:

“Basically the theory is ‘lets pass the torch so no one gets burned.’ And we are a privileged society now because we are more connected than any group of generations has ever been before because of social media, the Internet. There’s no excuse for us not to be connected to the groups that follow. And that keeps us vital and alive, whether it’s in the arts, whether it’s in music, entertainment, technology, sports, politics … and so there’s no reason for us to fall into fogeydom and no reason for the ones who follow not to learn something from us. So that is kind of my message out there is that we’re in a very privileged time in our evolution to be enjoying each other and [there’s] no reason for the separation and distance that has historically been part of life. We’re connected now—lets take advantage of it.”

“One thing that I rail against and speak against is that for a couple of years—it’s less so now—but for a couple of years the boomer age group, the seniors, were one or two dimensional at most [on screen]. We were always the subject of an easy joke. We were an easy target. We were out of touch. We didn’t know a tweet from a twerk and that made us an easy joke as supporting players and I’ve sought out roles and helped tweak some roles that were offered to me so that that character could be a little more interesting, a little more dimensional if you will.”

Thicke is survived by his wife, three sons, half-brother, Todd Thicke, and one grandson.