The Love Affair Between Prince Harry and Meghan Markle 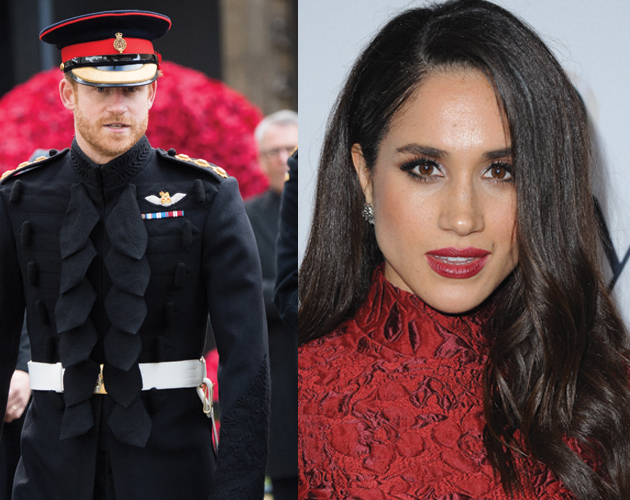 It wasn’t so very long ago that an English prince’s involvement with a commoner, let alone one from the colonies, let alone a divorcee, would cause an international incident. Just ask Wallis Simpson and the prince formerly known as King Edward VIII, who abdicated to marry her in 1937.

Fast forward to 2017 and the fifth in line to the British throne, Prince Harry, is dating an American actress, Meghan Markle, who indeed is divorced. This time around, marital status is but a blip on the radar. Instead, it is the woman’s mixed race—she has a white father and a black mother—that is causing a flurry of hateful spewing among Harry’s “devoted” fans, prompting an unprecedented Royal riposte from the Prince.

In a statement released from Kensington Palace, the media, social and tabloid, are taken to task: “The past week has seen a line crossed. His girlfriend, Meghan Markle, has been subject to a wave of abuse and harassment. Some of this has been very public—the smear on the front page of a national newspaper; the racial undertones of comment pieces; and the outright sexism and racism of social media trolls and web article comments.”

Rumoured to have met during his trip to Toronto to promote the September 2017 Invictus Games—Ms. Markle lives in that city while filming the cable series Suits—it was later reported that the couple met through mutual friends in London months later. The news of their romance broke as the prince and Ms. Markle attended a Halloween party at the members-only club, Soho House, in Toronto.

For those who question what Ms. Markle and Prince Harry could possibly have in common, the answer is more than you may think. As any Royal watcher worth his or her crown knows, the Prince has dedicated much of his life to causes such as the various charities the Prince’s Trust supports, as well as African wildlife conservation and children living with HIV-AIDS. Having served in the armed forces for 10 years, he is heavily involved in raising awareness of the challenges veterans face when re-entering civilian life. This cause led to the Invictus Games, an international sporting event for wounded, injured and sick veterans and active-duty servicemen and women.

It just so happens that Ms. Markle shares his socio-political passion—she has been a Global Ambassador for World Vision Canada and has worked with the United Nations Entity for Gender Equality and the Empowerment of Women.

So take that, social media trolls! What have you done to better the world lately?

Where this latest romance is heading, no one knows for sure. But we need only look back to Prince Rainer of Monaco, who wed Grace Kelly, or Prince Aly Khan, who married Rita Hayworth, to know that royalty and Hollywood is a match made in tabloid if not fairy-tale heaven.

A version of this article appeared in the December 2016/January 2017 issue with the headline, “The Prince and the Showgirl”, p. 20.