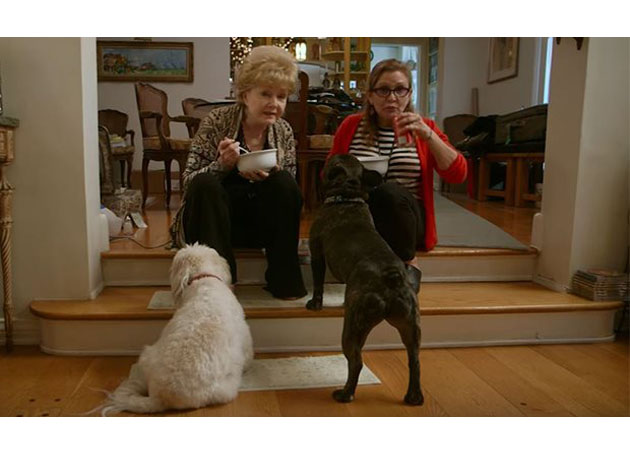 Originally scheduled to air in March 2017, the release date for the HBO documentary Bright Lights: Starring Carrie Fisher and Debbie Reynolds has been moved up to Saturday, January 7 in light of the stars’ recent deaths.

After their sudden deaths one day apart in December, HBO has moved up the release date of Carrie Fisher and Debbie Reynolds’ revealing documentary to give grieving fans a behind-the-scenes look at their inspiring mother-daughter bond.

“My mother, she’ll forget she’s not 35,” Fisher says of Reynolds in the trailer. “Age is horrible for all of us, but she falls from a greater height.”

Reynolds, the star of classics like Singin’ in the Rain and The Unsinkable Molly Brown, discusses her daughter, whose mental health struggles and advocacy work earned her as much acclaim and respect as her iconic role as Princess Leia in the Star Wars franchise.

“Manic-depressive is a disease that was not diagnosed then,” says Reynolds. “So nobody…knew what was going on with Carrie.”

Be sure to grab some tissues.