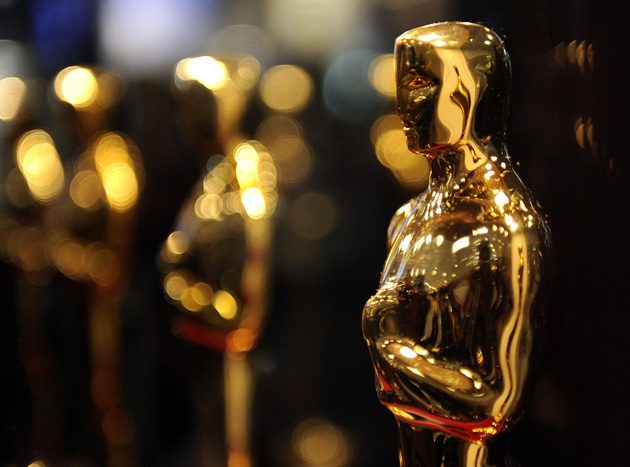 Meryl Streep sets records, La La Land is “la la laughing” all the way to the red carpet while diversity finally proves a priority for the Academy.

You have to wonder if anyone even bothers to call Meryl Streep on the morning of the Oscar nominations anymore. Famously, acting’s most prestigious award nominations are announced via early morning press conference (or, for the first time this year, webcast), at 8:18 a.m. on the east coast and 5:18 a.m. on the west, meaning many folks in Hollywood get a wake up call from excited loved ones to tell them they’ve landed an Oscar nod.

This year Streep, 67, earned a nomination for Best Actress for her portrayal of the tone-deaf titular character in Florence Foster Jenkins, breaking her own records for both most nominations in the Best Actress category (16) and most nominated performer in Oscar history (20). To put that number 20 into perspective, the two people tied for second most nominated performances in Oscar history behind Streep—Katharine Hepburn and Jack Nicholson—have 12. One has to wonder if Streep, who’s taken home three gold statuettes, still wakes up elated at the nomination news or simply reacts the same way one might when receiving a birthday card in the mail year after year—sure it’s sweet and thoughtful, but at some point you start thinking it’d be great if they put some money in the envelope too. It’ll be curious to see, though, should Streep win, if she delivers another epic takedown of U.S. President Donald Trump à la her Golden Globes acceptance speech—which, I think we can all agree, with apologies to Florence Foster Jenkins, was truly Streep’s best performance this year.

Meanwhile, 63-year-old actress Isabelle Huppert, who you might call the French Meryl Streep, has been nominated for more César Awards (the French Oscars) than any other actress—and she just landed her first Oscar nomination for the thriller Elle, about a rape victim who seeks revenge on her attacker.

Of course the team behind La La Land— writer/director Damien Chazelle’s musical romp through Los Angeles that’s lit up award season while igniting debates about whether it actually deserves the accolades in its wake—is “la la laughing” this morning, landing 14 nominations, tying All About Eve and Titanic for most nominations by one film in a single year. Those include directing, writing, music and acting honours—meaning dreamy Canuck Ryan Gosling, the pride of London, Ont., could wind up on stage accepting the Best Actor Oscar. Other Canadians tapped for nominations include Quebecois director Denis Villeneuve, 49, for helming the alien tale Arrival and the National Film Board’s Blind Vaysha, nominated for Best Animated Short Film.

Surprisingly, the last few days have been very good to Mel Gibson, which is a phrase we haven’t heard very often since the actor went off the rails with highly-publicized racist and anti-Semitic rants about a decade ago. Not only did the 61-year-old welcome his ninth child, a son, into the world last week, but today the Oscars handed him an opportunity to complete his career comeback, giving him a nod for Best Director for the war film Hacksaw Ridge.

As for the rest of the nominees, the Academy woke up this year and ensured the major categories recognized and celebrated diversity, avoiding a repeat of last year’s embarrassing #OscarsSoWhite debacle. Films like Moonlight, Lion, Fences and Hidden Figures—all of which star people of colour and include race as a central theme—landed multiple nominations, including acting, directing and Best Picture, alongside Arrival, La La Land, Hacksaw Ridge, Hell or High Water and Manchester by the Sea. This shift in racial awareness is also extremely prevalent in the feature documentary category, where Selma director Ava DuVernay’s 13th, which examines race in the context of the American justice system, earned a nomination alongside Raoul Peck’s I Am Not Your Negro, based on novelist James Baldwin’s Remember This House, an unfinished book about the writer’s memories of the civil rights era, the five-part O. J.: Made in America by Ezra Edelman and Life, Animated, about an autistic boy who learns comprehension and literacy skills through watching Disney films. Not only do all four feature subjects and/or themes surrounding people of colour but all four are also directed by African-American filmmakers. The fifth documentary in the category, Italian filmmaker Gianfranco Rosi’s Fire At Sea, spotlights the European migrant crisis.

See the next page for a list of the major award nominees.

Manchester by the Sea

Best Actress in a Leading Role

Best Actor in a Leading Role

Casey Affleck, Manchester by the Sea

Michelle Williams, Manchester by the Sea

Lucas Hedges, Manchester by the Sea

Kenneth Lonergan, Manchester by the Sea

Manchester by the Sea, Kenneth Lonergan