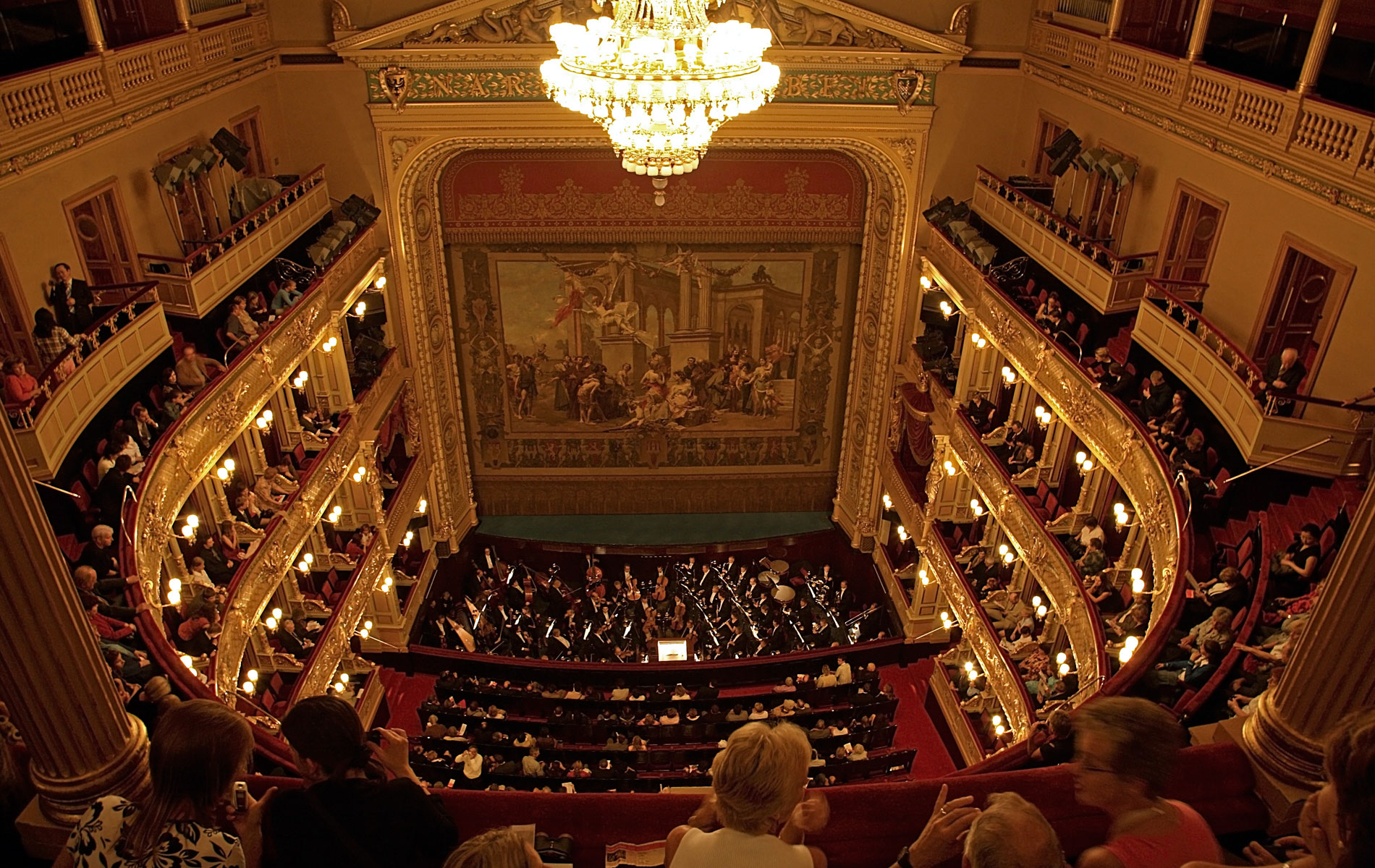 Here, how 47-year-old Christine Goerke reinvented herself as the world’s foremost dramatic soprano of her generation.

Reinventing yourself usually happens in mid-life or later. Often, it takes place when a crisis requires a transformation. You go along from day to day and then…you can’t do what you do any longer, can’t be who you were. Maybe you’ve burned out, hit a wall. For sure, you’ve reached a dead-end.

Christine Goerke was just 34 when it happened to her.

She was a highly-praised, highly sought-after lyric soprano, with an international reputation for brilliance in Mozart and Handel operas.

And then, everything changed. Her voice was not what it had been, the brilliance was gone.

It was a personal crisis that was playing out in opera houses all over the world.

“It really was terrifying,” recalls Goerke, now 47. “Everybody noticed. It seemingly happened suddenly, like a door was shut.”

What had happened is that Goerke’s voice had matured and she had changed physically.

There was “a different colour in sound and the pitch was strange,” she explains. “It all came from not supporting my voice properly. I was using less support to try to make it smaller.”

After about two years of misery, she changed voice coaches “to get a fresh perspective.” In the end, she says, “It was a simple fix, a technical fix.”

Like Elsa in Disney’s Frozen, she just had to let it go.

That also meant letting go of the roles she had learned and been applauded for. “I’d spent 15 years learning to sing Mozart and Handel.”

Now, she had to learn the dramatic soprano roles that matched her changed voice. “The biggest hurdle was having to audition again,” she admits. “It was terrifying. No one hires ‘the countess’ sing Brunnhilde.”

But the Canadian Opera Company’s (COC) Alexander Neef did hire her to sing Brunnhilde in all three operas of Wagner’s Ring Cycle, beginning with Die Walkure in 2015.

To the delight of Torontonians, she brought her Brunnhilde to the COC before performing the role at the Met, where she’ll begin the cycle next season. Her debut as a dramatic soprano at the Met in a Richard Strauss opera in 2013 evoked rapturous praise from critics, a roaring ovation from the audience and huge anticipation for her Brunnhilde.

This week, she’ll make her worldwide debut in Gotterdammerung at the COC, completing the Ring Cycle here and performing her third and last Brunnhilde.

“I really love this character,”she says. “It’s a gift to play her. When we first meet her in Die Walkurie, she’s a sweet, naive daddy’s girl who wants to please him. Then love becomes everything to her. She comes to understand betrayal but feels powerless.”

In Gotterdammerung, she says, “The thing I find most remarkable is that she finds herself in the position where that part of her that is her father—Wotan’s rage—spills out in a way she can’t control.”

With typical mischief, Goerke adds, about being Brunnhilde in Gotterdammerung,  ”It’s so much cheaper than therapy. That’s something that’s so amazing about what I do in general. I can get in touch with any feeling I have and put it out there in front of everybody and not be embarrassed!”

Still, she does get nervous before going out on stage, especially when debuting in a new opera, as she’s doing with Gotterdammerung this week.

“I would be stupid if I wasn’t nervous,” she says. “This is a huge undertaking. I will be compared with (famous Wagnerian soprano) Birgit Nilsson for the rest of my life. If I can put my own spin on things, give the best I have, then I’ll have done alright. But I am scared every time I go out there.”

She adds, “People back stage laugh at me. Even if I’ve done a piece in full before, I’m afraid I won’t remember the words. So I run for the score. I’m afraid I’ll forget because of my nerves.”

For all her huge success in reinventing herself as the world’s foremost dramatic soprano of her generation, she acknowledges that reinvention is not easy for anyone.

Her advice: “I would say be gentle with yourself and try to have patience. Conquer the fear. Pushing through the fear allows you to be the best you can be.”