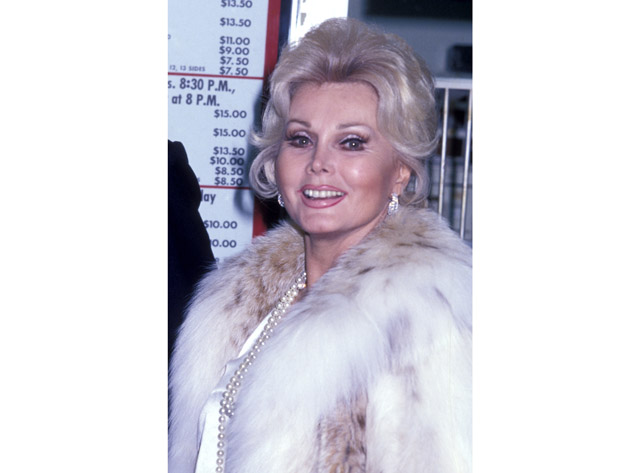 Socialite and actress Zsa Zsa Gábor would have turned 100 this month (Feb. 6, 2017). Here, we remember her through seven of her most famous quips about love, marriage and staying true to herself.

Famed socialite and actress Zsa Zsa Gábor passed away at age 99 on December 18, 2016, leaving behind a legacy built on a glamorous public image, a talent for poking fun at her extravagant life and for marrying nine times. Though she acted in a number of films, including 1952’s Moulin Rouge—the film’s famed director John Huston called her a “creditable actress”—the former Hungarian model and beauty queen was better known for her off-screen person than on.

As such, we remember the ever-quotable Zsa Zsa through seven of her most famous quips about love, marriage and staying true to herself.

1) “I am a marvelous housekeeper. Every time I leave a man I keep his house.”

2) “The only way to learn a language properly, in fact, is to marry a man of that nationality. You get what they call in Europe a ‘sleeping dictionary.’ Of course, I have only been married five times, and I speak seven languages. I’m still trying to remember where I picked up the other two.”

3) “How many husbands have I had? You mean apart from my own?”

4) “I don’t remember anybody’s name. How do you think the ‘Dahling’ thing got started?”

6) “A man in love is incomplete until he has married. Then he’s finished.”

And, perhaps, our favourite, as it rings most authentic …

7) “I never really mind what people say about me—I am far too unconventional and far too dedicated to being true to myself to let other people’s disdain or nastiness upset me for long.”

And if you’re want to see her at her most unconventional, click here to have a good laugh with Zsa Zsa and her one of a kind 1993 exercise video.