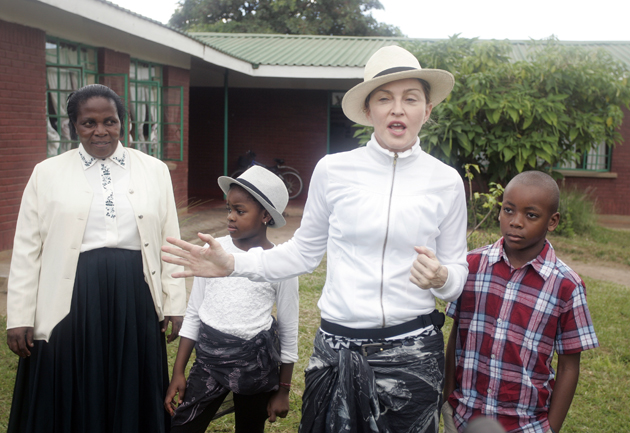 The 58-year-old singer was given permission by the Malawian high court on February 7 to adopt twin four-year-olds Esther and Stella. Madonna first met the twins at the Home of Hope orphanage in Mchinji, near the western border with Zambia.

Mlenga Mvula, a judicial spokesman, told reporters, “I can confirm that Madonna has been granted an adoption order for two children.”

Both Madonna and the girls’ birth father were present in the courtroom in Lilongwe, but the adoption is still considered conditional until the singer proves she can provide a suitable home for the children. A government-appointed guardian is expected to travel with Madonna and the twins to the US to ensure they are well cared for.

Earlier in the month, Madonna vehemently denied that she was visiting the country with the intention of adopting more children, stating she was visiting as part of her work for NGO Raising Malawi. But it now appears all efforts were made to keep arrangements as private as possible.

Over the years, the Material Girl has welcomed two other children from Malawi into her family: son David Banda adopted in 2006 and daughter Mercy James, adopted in 2009.

However, the decision has been met with anger from some critics who accuse the Malawian government of giving the singer special treatment and exemptions from certain laws that prevent non-residents from adopting children to move abroad.

Titus Mvalo, the singer’s Malawian lawyer, countered the accusations, telling Reuters: “Madonna has demonstrated over the years that she has passion for Malawi and her children, and therefore the court was satisfied and could not stop the adoption of the twins.”

Esther and Stella will join David Banda and Mercy James, along with Madonna’s son Rocco (from her marriage to director Guy Ritchie) and daughter Lourdes (from her relationship with personal trainer Carlos Leon).

No official statement from Madonna has been released as of yet.