Aretha Franklin to Retire: 5 of Our Favourite Queen of Soul Performances 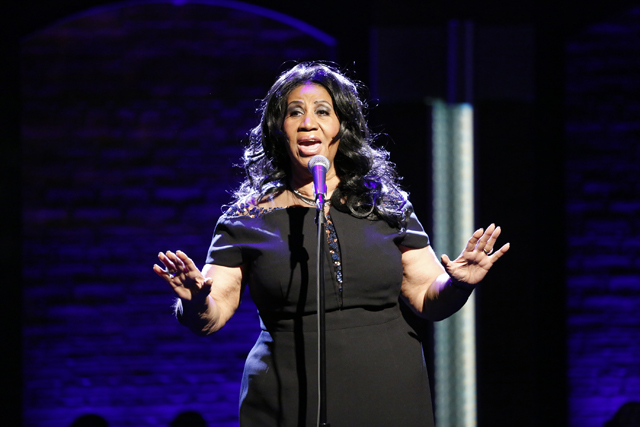 The Queen of Soul is relinquishing her throne … sort of. Aretha Franklin, 74, announced on a Detroit television station on February 9 that she’s preparing for life after music.

“I am retiring this year,” she said. “I will be recording, but this will be my last year in concert. This is it.”

Franklin, who’s struggled with various undisclosed health issues in recent years, did note that she’d be recording an album later this year with Stevie Wonder, and that she isn’t opposed to performing the odd show here and there moving forward.

“I feel very, very enriched and satisfied with respect to where my career came from and where it is now. I’ll be pretty much satisfied, but I’m not going to go anywhere and just sit down and do nothing. That wouldn’t be good either.”

Franklin, whose career began as a teen in the 1950s singing Gospel music before moving into a more pop and R&B repertoire in the 1960s, scored her first number one record with “I Never Loved a Man (The Way I Love You)” in January, 1967. In April of the same year, she topped the charts again, this time with a cover the Otis Redding tune “Respect,” which became her most famous song. She hit number one on the R&B charts 20 times in her career while collecting 17 performance Grammys and three honorary ones. As recent as last November, Franklin captivated fans across the world with her stunning performance of the American national anthem at a Thanksgiving football game between the Detroit Lions and Minnesota Vikings.

In honour of Franklin’s legendary career we’ve combed through a variety of her performances, from old standards to an operatic classic to a Kennedy Center performance that made U.S. President Barack Obama cry, to compile a list of five of our favourite performances by the Queen of Soul.

“Respect,” live from the The Royal Concertgebouw in Amsterdam, 1968:

“Nessun Dorma,” from the 1998 Grammy Awards. Franklin performed the operatic piece from Puccini’s Turandot with only minutes to prepare after the original perfumer, opera legend Luciano Pavarotti, fell in and was unable to attend the Grammy ceremony:

The music video for Franklin’s Grammy-winning 1987 duet with George Michael, “I Knew You Were Waiting (For Me)”:


Franklin performing “(You Make Me Feel Like) A Natural Woman” at the 2015 Kennedy Center Honors, which brought tears to U.S. President Barack Obama’s eyes: