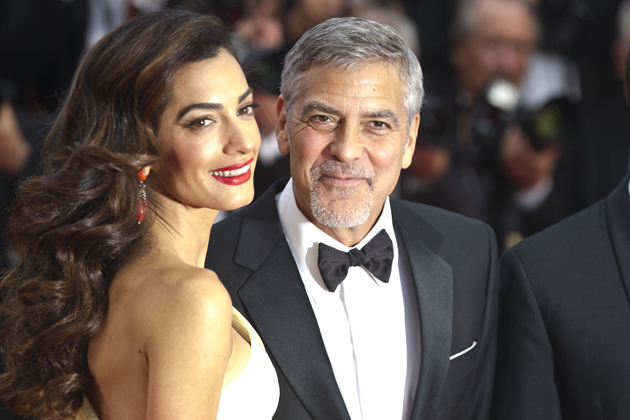 It’s twins! The Oscar winner and activist is set to become a first-time dad at age 55.

Multiple sources have confirmed that George Clooney, 55, and his wife Amal Alamuddin, 39, are expecting twins.

Although the revelation has come as a surprise even to those close to Clooney, the actor has always been open to the idea of becoming a father one day.

“I think it’s the most responsible thing you can do, to have kids,” he told People back in 2006. “It’s not something to be taken lightly.”

RELATED: Welcome To The Age Of Mature Parenting

The Oscar winner has acknowledged his life’s changed considerably since meeting Aladmuddin, the whip-smart international human rights lawyer who stole his heart a few years ago.

“All I know is that it sort of changed everything in terms of what I thought my…personal future was going to be,” Clooney told People back in 2015. “I’ve always been an optimist about the world. I wasn’t always completely optimistic about how it was going to work out personally for me. But now I am.”

The high-profile couple tied the knot in September 2014 in a lavish ceremony in Venice, Italy. Since the wedding, the couple have balanced their time equally between homes in Los Angeles, Italy and England.

And, over the years, Amal has publicly shared the close bond she has with her mother, Baria, a former journalist.

“I think, growing up, my mother was definitely a role model, she was always a working woman and someone who is independent and cared about her career and cared about being independent, but also had balance,” she told the crowd at the Texas Conference for Women in November 2016. “She never lost her femininity and she believed the balance was important and that is something that stuck with me.”

Since news of the pregnancy broke, close friend Matt Damon expressed his joy. “They’re going to be awesome parents,” he told Entertainment Tonight Canada. He went on to explain how Clooney revealed the news to him.

“I was working with him last fall and he pulled me aside on set and I almost started crying,” Damon said. “I was so happy for him. And I was like, ‘How far along is she?’ And he goes, ‘Eight weeks’. I said, ‘Are you out of your mind? Don’t tell anybody else! Don’t you know the 12-week rule?’ Of course he doesn’t. I was like, ‘just shut up, man.'”

Although the couple have yet to publicly confirm the pregnancy themselves, it’s been revealed that the twins are expected in June.