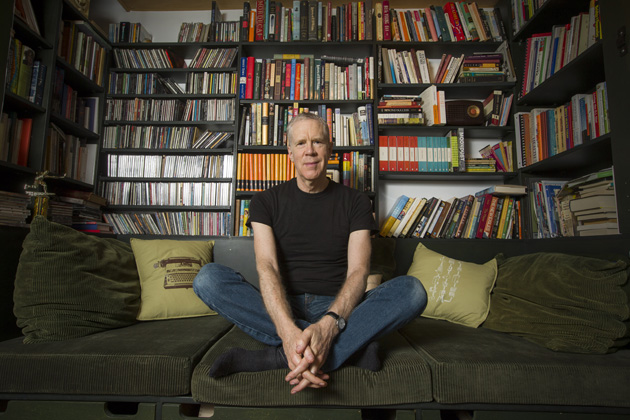 The late radio host captured listener’s hearts across Canada with his incredible talent for storytelling.

Stuart McLean, host of CBC’s The Vinyl Cafe, died at age 68 on February 15 after a battle with melanoma.

The Canadian broadcaster first broke onto the scene in the late 1970s as a co-host on CBC’s Morningside with Peter Gzowski where listeners quickly fell in love with his warm voice and playful personality.

Later, the Montreal-born McLean would combine his showmanship with his incredible knack for storytelling as the host of The Vinyl Cafe. Most popular were his domestic tales of Dave, Morley and their children, which transported audiences to a world of his own creation.

The segments, which mirrored typical family life, essentially encouraged viewers to laugh at themselves—which was something that McLean lived by. “Stuart assured us that, even in difficult times, we can find things to be grateful for and ways to laugh,” read a press release on the Vinyl Cafe Facebook page.

Thankfully, if ever we find it difficult to find that humour again, McLean’s stories are just a click away.

1. For those who followed McLean’s early career won’t soon forget the time he demonstrated how far a dollar could go during a 1986 segment on CBC’s Morningside. When he presents his co-host with a cricket he had purchased for a dime, hilarity ensues. “He’s not well,” Peter Gzowski says after peering into the peanut butter jar where the critter lay still. “He is well,” McLean insists.

As he attempts to relay the rest of his purchases, the two are overcome with a fit of contagious laughter.

2. In this “Dave and Morley” segment from The Vinyl Cafe, McLean captures the power struggle between the man of the house and the family dog.

3. In the story “Dave Cooks the Turkey”, McLean helps us to find humour in the perils of hosting Christmas dinner.