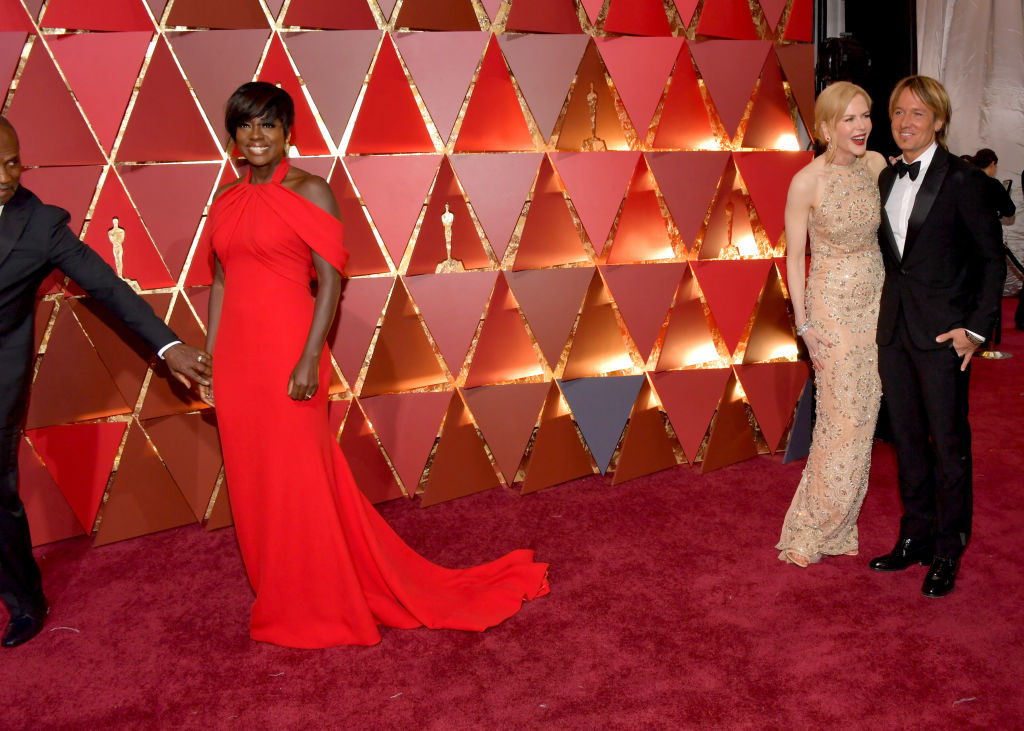 There was no shortage of star power on the red carpet at the 89th Annual Academy Awards on February 26, but surprisingly, when it came to the fashion, the wattage was turned down to dim.

With millions of viewers around the world tuning in, endless social media fashion commentary and entire television shows dedicated to just what the celebrities wore, the fashion parade at the Oscars on Sunday night felt surprisingly subdued.

Even with gold being the biggest trend of the evening—judging from the amount of metallic gowns that showed up—starlets, their stylists and designers managed to turn the hue into a pale imitation of the swanky metal.

Whether it’s because Americans are more concerned about the carpeted halls of the White House than the red carpets of Hollywood or fatigue is setting in after a full month of award shows is unknown.

For a look at how the Zoomer-aged stars brought their fashion game to Hollywood’s big night, scroll through our slide show below. The legendary actress made a rare appearance on the red carpet and turned out to be one of the biggest sartorial risk-takers of the night. Her Esteban Cortazar navy gown was an unusual take on tuxedo dressing with a tuxedo bodice that ended in a ruffled gown hem.  The actress, for some reason, would later change into white gown to present the award for Best Picture. But this red carpet look was the winner of the two. Thank heavens for Halle Berry and her much-needed sex appeal. While the Atelier Versace gown kept the sexiness to a subtle level, the age-defying actress raised the heat with her tousled and dreamy curls. The Iranian-American actress was part of the noticeable diversity at this year’s Oscars ceremony. After last year’s #oscarssowhite backlash, this year marked the first time in the Academy’s history there were black actors and actresses were nominated in every acting category.

Agjdashloo, who stars on the television series The Expanse, showed that a black gown can be far from boring or basic when done right. In fact, this dress should be nominated for some sort of Best Black Gown award. It ticks off all the right style features women of a certain age look for in evening wear.

It has long sleeves—not cloying or heavy handed—and they were slightly sheer. The plunging neckline was not vulgar but showed the right amount of cleavage, and was a perfect showcase for her rope-of-diamonds necklace.  Also keeping it from entering mother-of-the-bride territory, it featured glittering beads in a pinstripe formation. Classic, elegant with enough fashion elements to make it modern and a treasured wardrobe keeper. Actresses who don’t fit into the stick-thin mold of the star-making machine of Hollywood often have difficulty finding a designer willing to dress them for red-carpet events. While Spencer is hardly plus-size (and more the size of the average American woman), her gown by Marchesa breaks one of the myths associated with gowns for bigger women. One would think feathers might just add volume to their figure but here, coupled with the dove grey colour, it gives the actress a gracefully light and elegant air. She is the queen of the red carpet, a bona fide fashionista any designer would love to dress. Nominated for her role in Lion, her Armani Prive gown seems to pay homage to India (where the film is set) and their national dress, the sari. While the pale hue, which is close to her colouring, might have given others pause, the gold and silver embellishment and her red lip prevents it from being completely washed out. Her siren red Armani Prive gown was one of the few bold colour statements of the night. And with such an impactful colour, you just need minimal accessories. With such perfection, the only thing that could have made her night was if she took home an Oscar—which later that night she did, for Best Supporting Actress in Fences. For the average woman, special event dressing can be expensive and, if you only trot the gown out once a year or less, you need it to have a long life in your wardrobe without looking dated. For that to happen, you have to opt for searing simplicity both in design and colour. Here, the French Best Actress nominee nails that theory with an Armani Prive gown that is spare in details—save for the beading—and is a soft, quiet hue.