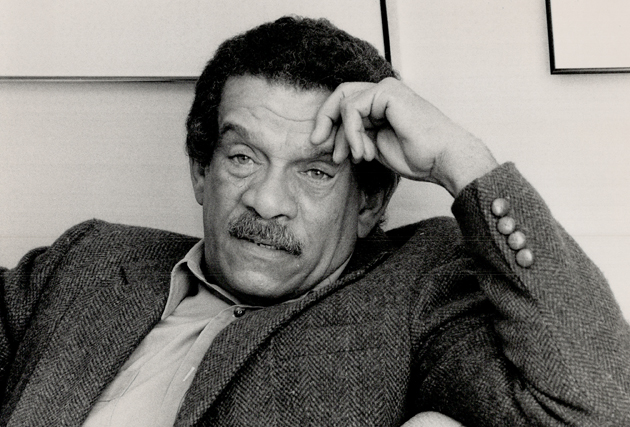 Nobel Laureate poet Derek Walcott has died at the age of 87. No cause of death was given but he had been in failing health for some time.

Walcott died on March 17 in St. Lucia, which was his home and the inspiration for much of his work. He was awarded the Nobel Prize in 1992.

In 2010, he was appointed distinguished scholar in residence at the University of Alberta in Edmonton—far from his beloved Caribbean sea. It was a post he held for three years, during which he spent six weeks a year teaching and mentoring.

The appointment came after a smear campaign by another poet who was his rival for a prestigious honourary post as professor of poetry at Oxford University.

Travel and exile were constants in Walcott’s poetry. He taught at Boston University from 1981 until retiring in 2007, dividing his time among Boston, New York and St. Lucia but constantly en route.

Derek Alton Walcott was born on Castries, a port city in St. Lucia. His father, Warwick, a schoolteacher and watercolourist, died when he was an infant, and he was raised by his schoolteacher mother.

Both his parents, like many St. Lucians, were the products of racially mixed marriages.

His education was Anglocentric and thoroughly traditional. “I was taught English literature as my natural inheritance,” he wrote in the essay The Muse of History. “Forget the snow and daffodils. They were real, more real than the heat and oleander, perhaps, because they lived on the page, in imagination, and therefore in memory.”

He published his first poem at 14, in a local newspaper.

At the University of the West Indies in Mona, Jamaica, he majored in French, Latin and Spanish, and began writing plays.
After earning his bachelor’s degree in 1953, he taught school in St. Lucia, Grenada and Jamaica while continuing to write and stage plays.

His best-known play was Dream on Monkey Mountain, which received an off-Broadway production in 1971. He also wrote the book and collaborated with singer and songwriter Paul Simon on the lyrics for The Capeman, a musical about a Puerto Rican gang member who murdered three people in Manhattan in 1959. The show opened at the Marquis Theater in 1998 and closed after 68 performances, becoming one of the most expensive flops in Broadway history.

But it was with his poetry that Walcott soared.

In Omeros—the title is the modern Greek word for Homer — Walcott cast his net wide, embracing all of Caribbean history from time immemorial, with special attention to the slave trade. In his hands, the Caribbean became not a backwater but a crossroads.

Walcott’s three marriages ended in divorce. His survivors include his longtime companion, Sigrid Nama; a son, two daughters, and several grandchildren. His twin brother, Roderick, also a playwright, died in 2000.

In 2009, Walcott was proposed for the honorary post of professor of poetry at Oxford University. His candidacy was derailed when academics at Oxford received an anonymous package containing photocopied pages of a book describing allegations of sexual harassment brought by a Harvard student decades earlier. Walcott withdrew his name.

“I am disappointed that such low tactics have been used in this election, and I do not want to get into a race for a post where it causes embarrassment to those who have chosen to support me for the role or to myself,” he told The Evening Standard.

He added, “While I was happy to be put forward for the post, if it has degenerated into a low and degrading attempt at character assassination, I do not want to be part of it.”

Walcott was always conscious of writing as a man apart, from a corner of the world whose literature was in its infancy. This peculiar position, he argued, had its advantages. “There can be virtues in deprivation,” he said in his Nobel lecture, describing the “luck” of being present in the early morning of a culture.

Among his most quoted poems is Love After Love which ends with the line, “Feast on your life.”