Zoomer Q&A: The Stars of “The Second Time Around” 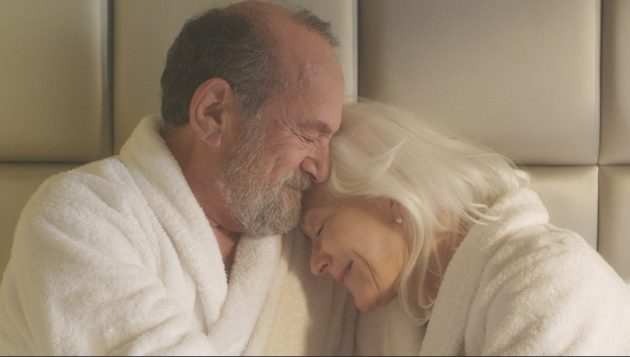 The Second Time Around stars Linda Thorson and Stuart Margolin spoke with Zoomer about aging and the importance of films that spotlight later in life romance.

In The Second Time Around, Katherine Mitchell, played by Canadian-born Linda Thorson, 69, is convalescing in a retirement home after a broken hip when she meets Isaac Shapiro, played by Stuart Margolin, 77. The two bond over a shared love for music and set out to fulfill Katherine’s lifelong dream of attending the opera in Milan. After their characters rediscovered love on the big screen, Thorson, best known for her role in the 1960s spy series, The Avengers, and Margolin, a two-time Emmy-winner who appeared alongside James Garner in the 1970s TV drama The Rockford Files, spoke with Zoomer.

Why is it important for films like The Second Time Around to spotlight and tell stories about this stage of life?

LINDA THORSON: Getting old is still seen as just so many pejoratives; inevitable, sad, pathetic, daunting and dark. An Irish proverb says, ‘Do not regret growing old, many are denied the privilege’. I lost both my mother and sister early on and miss them every day, and in light of that, I see each day of my life now as a bonus, icing on the cake, time they never had. I believe life after 60 is full of beauty, as long as one is not too ill to enjoy it. What older men and women often don’t appreciate is that we’re all in the aging process together … no one escapes it, and everyone dies, it’s our common denominator and coming to terms with it allows us to be more vulnerable before one another, to feel safer opening up, more at ease feeling our feelings, speaking our fears, admitting loneliness … putting out our hand and allowing someone the chance to take it in theirs.

STUART MARGOLIN: Having serendipitously been to five homes for seniors, retirement homes, and assisted living facilities in four U.S. states and Ontario over the past two years, I have seen and experienced or have been told by numerous seniors what a film story like this could mean to the world of seniors. Those experiences alone convince me of the vital importance this film could mean to those communities and individuals. It is romance being offered to a group of people who have no other offers or glimpses of romance for their age.

What sort of message do you hope the film offers audiences about later-in-life love and relationships?
LT: One powerful message I hope the movie conveys is how tolerance and appreciating our differences can be the starting place for any relationship. The characters in The Second Time Around let us see the beauty in discovering another’s life story so different from their own and that it is in those differences, those spaces, the door to daring to share other feelings is unlocked, and the courage to open their hearts so they can keep living, loving, touching, kissing, caressing and sleeping softly side by side, is found. It can feel more intimidating taking your clothes off when you’re older, so you need candles and beautiful music, of which there is so much in the movie, to assist with the process. Making love feels exactly the same when one is older as it did when we were young, but it can take a little longer to get it going, so patience and a keen sense of humour are key. Once you start, you fall through space just as you did years earlier, because the sensations are still there, the only difference is we have less time left to miss an opportunity.

SM: It is never too late for romance and the renewal of those certain feelings and emotions.

You’ve played a variety of roles throughout your career. Is there a particular role you have always wanted to play but never have?

LT: I always wanted to play Shakespeare’s Cleopatra and Katherine in The Taming Of The Shrew and never did. However I loved playing Titania, Lady Macbeth and Portia in The Merchant Of Venice. My favourite role ever was ‘Violet’ in Tracey Letts’ August: Osage County because it called on every ounce of my energy to embrace the physical and mental gymnastics required. I’d kill to play the role the estimable British actress Janie Dee is playing so brilliantly right now off Broadway in New York, in a new play called, Believe It Or Not, Linda.

SM: I’ve been very fortunate to have done Willie Loman twice and certainly that role is for me the most meaningful and fulfilling of any I’ve ever played.

What advice would you give your 25-year-old self?
LT: Slow down, cut the self-loathing and abuse, be more useful to others.

SM: Shut up and work.

What advice would you give your 115-year-old self?
LT: Get up and go for that walk come rain or shine, then come home and call someone who still gives a damn. Conversation is our best defense against the aging brain.

SM: Can you remember the lines of Firs in The Cherry Orchard?

What do you know for sure?
LT: Tenderness, love and compassion do not always solve everything.

What have you learned?
LT: Everything you do one day comes back to you, and our children will know this in time.

LT: Patience and to shut up.

SM: How to avoid mistakes.

What was the best advice you’ve had?

LT: Forgiveness is the only path forward.

SM: Never eat at a place called “Moms,” never play cards with a man named Doc, and never go to bed with anyone who has more problems than I do.

LT: It takes the anger away, but not necessarily the sadness.

What are some of the things you enjoy?

LT: Walking fast through forest and field, sleeping in a quiet, cool place, dancing with anyone or just for myself, cooking for anyone who is hungry, laughing at a good joke, getting or giving a massage, forgiving myself for the days when my energy is low and celebrating the days when it’s high.

LT: In 1983, having just opened in a Broadway play called Steaming, I walked into a TV studio in New York City to do an interview on camera and met the future father of my son who was the interviewer.

LT: Happiness is a planet of equals, where everyone has what they need, and children are never afraid.

SM: Finishing something you’re working on and being satisfied with the result.

***With files from Mike Crisolago and Andrew Wright