Nostalgia: When The Boss Almost Met The King 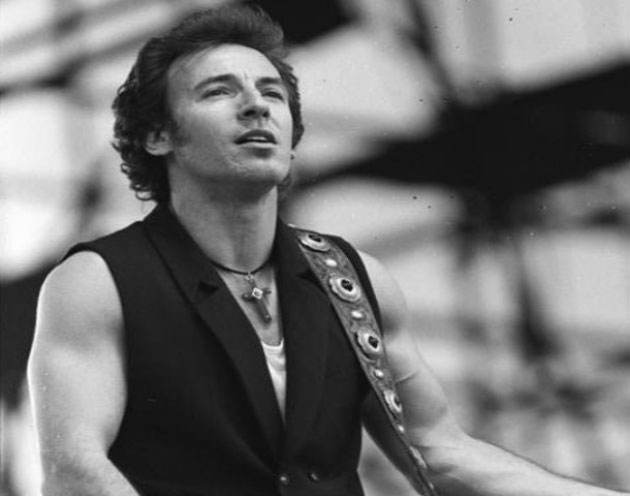 Longtime fans of Bruce Springsteen are aware of the superstar’s propensity for sharing anecdotes with his most devoted followers. Whether it’s on late night television or in the middle of his own shows, The Boss loves to regale his audience with the various shenanigans he gets up to.

One story, in particular, he claims is a personal favourite of his: the night he scaled the wall of Graceland in a thwarted attempt to catch a glimpse of the original king of rock n’ roll.

It was April 30, 1976 and Springsteen had just finished a performance in Memphis as part of his blockbuster Born to Run tour. Only 26 years old at the time, The Boss and E-Street Band member Steve Van Zandt trekked to Elvis Presley’s famous estate around three in the morning. When Springsteen saw that the lights in the mansion were on, he climbed the wall surrounding the property and made a break for the front door — but he was quickly stymied by security guards.

As the guards escorted him back to the sidewalk, Springsteen tried to charm them by talking about his tour and how he was a huge fan of The King. The guards, however, either didn’t care that they had a celebrity in their midst or genuinely weren’t familiar the burgeoning rock star.

Regardless, Springsteen still loves to share the story with media outlets. And who can blame him? It’s not every day that a person climbs the wall lining the property of one of the world’s greatest rock legends. Although Elvis passed away the following year, The Boss’ devotion to The King was immortalized on the cover of the Born to Run album — as an Elvis fan club pin on Springsteen’s guitar strap.

But we can’t help but wonder what it would have been like had The Boss actually met The King.