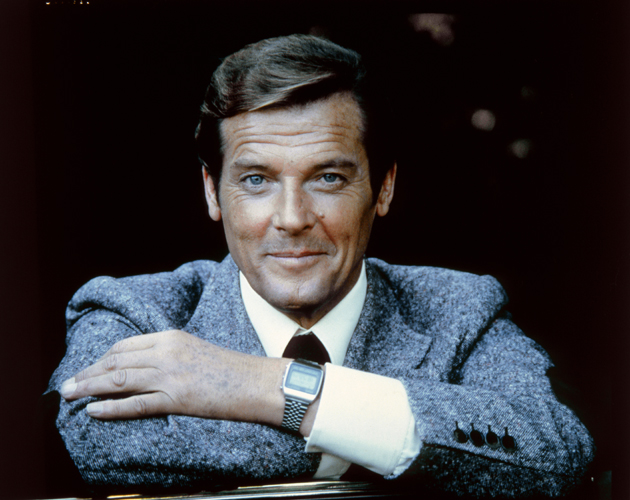 With several Bond films under his belt, Sir Roger Moore (who would have celebrated his 90th birthday on October 15) remains the longest-serving 007 and, to many, he exemplifies the role more than any other actor. That could be, in part, because he played the role in more official Bond flicks than any other actor—seven times in fact.

Any Bond worth his martini, however, knows to keep his cards close to his chest, so we’ve opened Moore’s spy file to uncover some little known facts about his tenure as 007, including his legacy as the true, boomer Bond. The actor died on May 23, 2017 at age 89.

1) Of all the actors to play 007, you could call Roger Moore the true boomer Bond. Moore holds the record as both the oldest debuting Bond (age 45 in his first Bond movie, 1973’s Live and Let Die) and the oldest Bond ever at age 57 in his final appearance as the superspy in 1985’s A View to a Kill.

2) On the theme of boomer Bond, every actor playing Bond for the first time has been younger than his predecessor, except for Roger Moore who, at age 45, took over for Sean Connery, who was three years younger.

3) While Moore got his start as Bond later in life, Live and Let Die isn’t his first appearance as 007. Moore actually foreshadowed his Bond success eight years before Live and Let Die when he played the famed spy on a British sketch show.

4) According to IMDB, Moore’s Bond never actually uttered the line “shaken, not stirred” when ordering a martini in any of his 007 movies. He also never drove the spy’s famed Aston Martin.

5) In a strange coincidence, Moore and Canadian actress Lois Maxwell, who played Miss Moneypenny in the first 14 Bond films, including all of Moore’s movies, knew each other from their days as students at the Royal Academy of Dramatic Arts in the 1940s.

6) Aside from being the boomer Bond, Moore may also be considered the ultimate super sleuth, as he’s the only actor who’s played both James Bond and Sherlock Holmes on the big screen.

7) Voters in a 2004 Academy Awards poll awarded Moore the title of “Best Bond.”