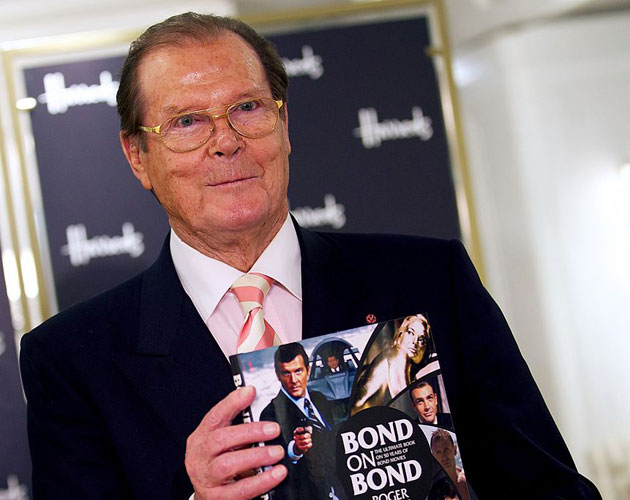 The James Bond actor died in Switzerland after a short battle with cancer.

Roger Moore passed away May 23 in Switzerland, after a “short but brave battle with cancer” his family announced on Twitter. The statement, from his kids, read: “Thank you Pops for being you, and being so very special to so many people. With the heaviest of hearts, we must share the awful news that our father, Sir Roger Moore, passed away today. We are all devastated.” Moore was 89 years old.

The actor, often dubbed as the “suavest James Bond”, played the famous spy in seven Bond films including Live and Let Die and The Spy Who Loved Me. Moore brought a lighter touch to the 007 franchise (compared to the hardened portrayal by Sean Connery) and eventually became the longest-serving actor in the role.

Moore was born in London in 1927 and briefly worked as a model in the early 1950s before signing a seven-year contract with MGM. “During my early acting years I was told that to succeed you needed personality, talent and luck in equal measure,” Moore told the Guardian in 2014. “I contest that. For me it’s been 99 percent luck. It’s no good being talented and not being in the right place at the right time.”

His first break came with the lead role in the TV adventure Ivanhoe which kicked off a set of hits, including the western Maverick and crime shows The Saint and The Persuaders. It was the success of The Saint that ultimately introduced Moore to Hollywood.

However, Moore was just as well-known for his humanitarian work as he was for his most famous onscreen role. It was the late Audrey Hepburn who first introduced him to UNICEF—he later became a goodwill ambassador in 1991. Moore was awarded a knighthood in 2003 for his tireless charity work.

“The knighthood for my humanitarian work meant more than if it had been for my acting,” Moore told the Guardian in 2014. “I’m sure some people would say, “What does an actor know about world issues?” But [working for UNICEF] I’ve become an expert on things from the causes of dwarfism to the benefits of breastfeeding. I feel very privileged.”

The veteran star will have a private funeral in Monaco in accordance with his wishes, his family said. “The love with which he was surrounded in his final days was so great it cannot be quantified in words alone,” read the statement from his three adult kids Deborah, Geoffrey and Christian. “Our thoughts must now turn to supporting Kristina [his wife] at this difficult time.”