Watch: Meet The New York City Dance Squad That Is Still Shaking It After 40 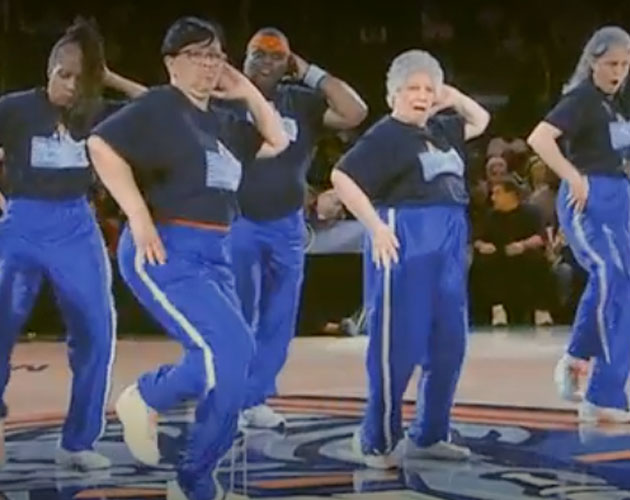 The WNBA’s The Timeless Torches are arguably the most unique dance squad in sports history.

The New York Liberty’s dance squad is unlike any other: They call themselves the Timeless Torches and, with membership limited to those aged 40 and up, they live up to their name. But that doesn’t mean it’s any easier to earn a spot in the troupe.

Every season members must re-audition for their position on the squad and, each year, they face stiff new competition. The dance troupe, tied to the New York Liberty team in the Women’s National Basketball Association (WNBA), make approximately 10 appearances a year at Liberty games and other sporting events. The 11 dancers are made up of both men and women of various ages.

Returning this season is Yvonne Wise, a retired middle school teacher who boasts a somersault into splits move. “When I’m dancing I think it’s the wild stuff that comes out,” she says.

In addition to providing her with a creative outlet, Yvonne says dancing has helped with what she believes are the early symptoms of dementia—a disease from which her mother and uncle suffered.

Although she finds it difficult to remember the choreography at times, she’s determined to continue doing what she loves. “I’m 65 now, [and] I don’t have another 65 years,” she says. “I’m not leaving this world sitting still.”