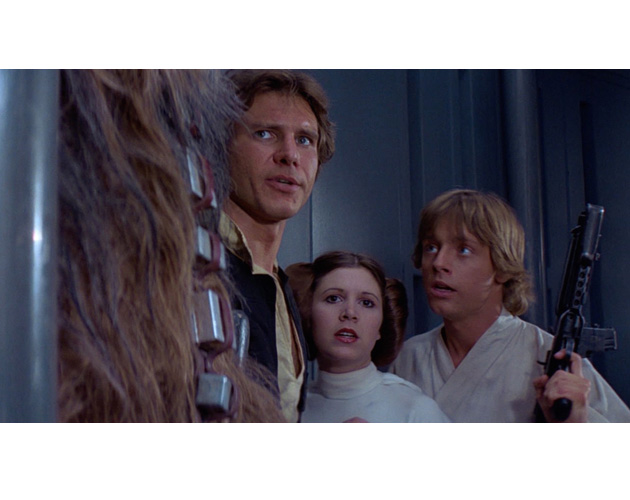 For those of us who saw Star Wars back in 1977, it really does feel like a long time ago, in a galaxy far, far away.

So much has changed in the world in the 40 years since the movie’s May 25th release—smartphones, self-driving cars, the popularity of kale. But when it comes to the franchise’s legions of devoted fans, change isn’t merely hard, but downright unacceptable.

Decades after the original trilogy—Star Wars, rechristened A New Hope, The Empire Strikes Back (1980) and Return of the Jedi (1983)—creator George Lucas produced three prequels that didn’t please the older fan base.

Indeed, Star Wars aficionados pretend those films never happened. Fan’s negative reaction (some say overreaction) to the later films led the filmmakers behind The Force Awakens—the long anticipated sequel to the original saga—to carefully ensure that key cast and crew, as well as look, feel and even plot remained true to the first films. It worked—the 2015 film was a behemoth at the box office, totalling over $2 billion worldwide. So going forward we are guaranteed that the formula will not falter, despite the tragic loss of star Carrie Fisher, who played the indomitable Princess Leia.

The next instalment, The Last Jedi, will be out this December, with the final film scheduled for 2019. In the meantime, diehards were content to turn out in droves for stand-alone blockbuster Rogue One. And an untitled Han Solo prequel has also been cast and is in production for a 2018 release. Be rest assured that, while the world may go mad around us, Stars Wars will remain intact. After all, the Force is with them, always. ­­­­­­