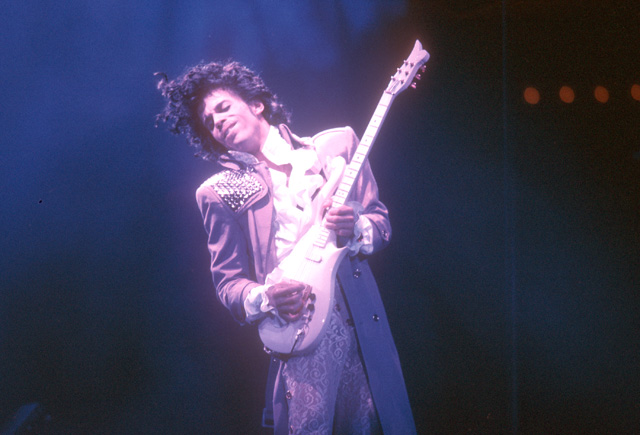 This week (June 7, 2017) Prince would have turned 59-years-old. Here, we look back on some of the Purple One’s career highlights.

In every performance genre there are artists, and then there are those pioneers who transcend and shape the art form itself. Prince and his near 40-year ground breaking career reside firmly in the latter category. From his control over his music to his image to the way he personally crafted the sound that became synonymous with the man himself, Prince will be remembered as one of the most original and influential artists in the history of popular music.

We take a look back at five ways Prince changed music forever.

The trajectory of Prince’s career begins, of course, with his music and the famed “Minneapolis Sound,” named after his hometown, that he pioneered leading into his first album, For You, in 1978. Prince’s potent brew of everything from rock and funk to pop and new wave music was a revelation to fans around the world who’d never heard anything quite like it—especially coming out of the hard-rocking 1970s. His sound had such unique and wide-ranging appeal that it could rock a club and act as the soundtrack to Tim Burton’s darkly sinister 1989 film Batman. “Batdance” anyone?

Prince’s song “Darling Nikki” also has the distinction of being the instigator behind the movement that ultimately led to the “Parental Advisory: Explicit Lyrics” warnings now commonplace on the cover of albums.

Throughout his career, however, Prince never rested on his laurels, continuing to innovate and experiment with sound and music. And after seven Grammys, chart-topping singles and albums, Rock and Roll and Grammy Hall of Fame inductions and millions of fans worldwide, it’s safe to say that Prince reigns as one of the greatest pop music pioneers of the 20th century.

2. Behind the Songs and Record Industry Battles

Prince not only wrote some of the most original pop music of the last 40 years, but he also played most of the instruments (he was celebrated as a brilliant guitarist) and produced and engineered the music. One of the most hands-on artists of his or any generation, Prince helped put the creative power back in the hands of artists when he assumed control over most of his musical output. From his very first album, for which he secured the publishing rights and the ability to have free reign over the creative direction of the work, it’s clear Prince’s influence stretched far deeper into the studio than most other artists then or now. By taking this approach Prince was also able to shape the specific, innovative sounds that ultimately influenced countless musicians to come.

But perhaps even more importantly, Prince went to bat for artists everywhere when he stood up for control over his own music. As the International Business Times wrote,”Perhaps more than any artist in the history of recorded music … [Prince] personified the never-ending tensions between music performers and the industry that profits from them. In a four-decade career beset by legal skirmishes, Prince battled with record labels, bootleggers, streaming companies, ticket resellers and [I]nternet giants such as eBay and YouTube. He was not afraid to take adversarial stands against anyone he perceived to be a threat to his artistry or his livelihood, which to him were one and the same. That included public entanglements not only with parasitic types in the recording industry but also with advocates of free speech and even his own listeners.”

While he refused to allow his music to be used by anyone from video game makers to online streaming services (except Jay-Z’s Tidal streaming service) to parody artist “Weird Al” Yankovic, Prince’s highest profile battle over his music came in the early 1990s, when his original record company, Warner Bros., wouldn’t allow him to release his music at his own pace, resulting in the singer wanting out of his contract. When the company refused he changed his name to the infamous “Love Symbol,” since Warner Bros. had trademarked the Prince name. Despite the fact that it hurt his record sales and the name “The Artist Formerly Known as Prince” became something got a punchline, Prince stuck by his principles and released music on his own record label and even became a pioneer in selling music online.

More than two decades later, as artists from Pete Townsend to Taylor Swift speak out about how unfairly streaming services and other digital music outlets treat artists, Prince’s battles with Warner Bros. seem more and more justified. Like with his music, he could see further ahead than most when it comes to the business side of his craft and struck an early blow for the rights of artists for generations to come.

A massive part of Prince’s appeal, aside from his music, lay in his image. As the Rock and Roll Hall of Fame put it, “From the beginning, Prince and his music were androgynous, sly, sexy and provocative. His colorful image and revolutionary music made Prince a figure comparable in paradigm-shifting impact to Little Richard, James Brown, Jimi Hendrix and George Clinton.”

From the costumes to the attitude and his gender bending persona, singer Vanity at his side and changing his name to the “love symbol,” Prince, perhaps even more than David Bowie as Ziggy Stardust, pushed the societal boundaries of sexuality, style, music and personality. Whereas Ziggy Stardust was a Bowie persona, Prince was Prince.

Prince’s first film, 1984’s Purple Rain, in which he starred, and its accompanying soundtrack, became synonymous with the artist for the rest of his life. The last film to win an Oscar for Best Original Song Score (the award is now for Best Original Musical though no one has ever won it due to lack of eligible musicals to fill out the category), its soundtrack, featuring Prince backed by the band The Revolution, won a pair of Grammys, spawned instant classics like “When Doves Cry,” “Let’s Go Crazy” and the title track and is regarded as one of the greatest albums of all time.

Perhaps most impressive of all, the Purple Rain film and album made Prince the first artist ever to land a top-of-the-charts trifecta: having the top American film, album and single at the same time.

Two years before Prince brought the world Purple Rain, it was his “Little Red Corvette” that shot to the top of the charts. But perhaps more importantly, at a time when African-American artists struggled to get significant airplay on the brand new music video channel MTV, Prince and “Little Red Corvette” were among the prominent artists and songs that helped break that barrier and usher in an era of more diverse talents and sounds on America’s most popular music station.