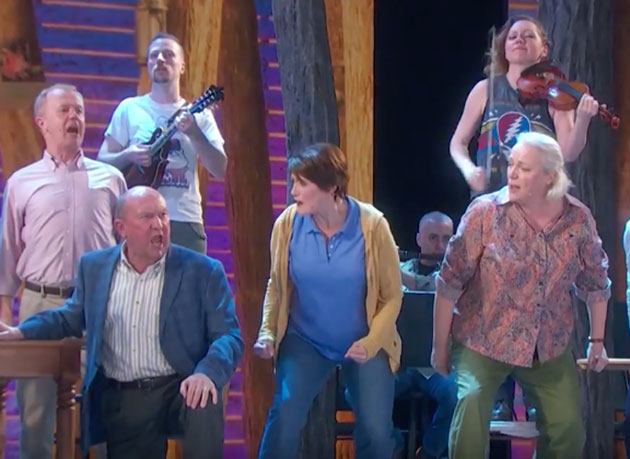 Among the winners during last night’s Tony Awards ceremony was Come From Away, the story of Canadian hospitality at its finest.

The director of Come From Away, Christopher Ashley, won Best Director at the Tony Awards on Sunday, June 11.

The production chronicles the real-life stories of those in Gander, Newfoundland who sheltered, fed and comforted thousands of passengers who were redirected to the island after the 9/11 terrorist attacks.

“I’d like to accept this on behalf of the people of Newfoundland and all of the first responders and their families in New York,” Ashley said in his acceptance speech. “The people who gave their lives and the people who extended their hearts and their homes and were generous and kind at the very worst moments,” he added.

The full cast of the musical also took to the stage for a rousing performance of “Welcome To The Rock,” which recounts the day of the terrorist attack from the perspective of the town’s citizens.