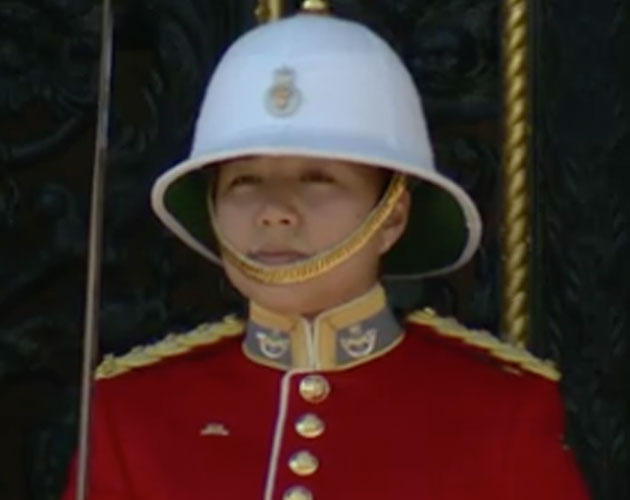 A Canadian female infantry officer has become the first female to captain the Queen’s guard.

The changing of the Queen’s guard at Buckingham Palace wasn’t business as usual on Monday.

To honour Canada’s 150th birthday the Queen invited Canadian soldiers to assume ceremonial duties. But it was also a special day for Capt. Megan Couto, who became the first female to captain the changing of the Queen’s guard.

“It is just another day on the job,” Couto told CBC. “But it is a pretty special one for me.”

Her unit, The Second Battalion, Princess Patricia’s Canadian Light Infantry—known as The Patricia’s—were accompanied by the Royal Canadian Artillery Band who added a little Canadian flavour to the ceremony with their renditions of Leonard Cohen’s Hallelujah and the Hockey Night in Canada theme song.