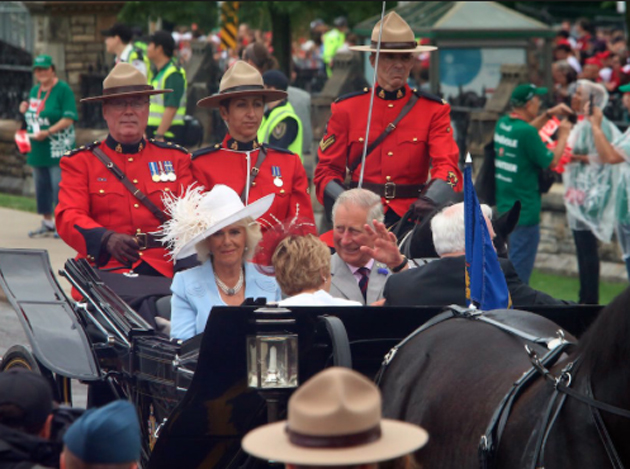 Today, on the last—and busiest!—day of their three-day tour of Canada, Charles, Prince of Wales, and Camilla, Duchess of Cambridge, stopped by the brand new Canadian History Hall at the Canadian Museum of History in Gatineau, Quebec.

Their Royal Highnesses participated in the opening ceremony for the Canadian History Hall and met with youth from diverse backgrounds to hear their perspectives on what Canada means to them.

After an inspection of the guard at The Peacekeeping Monument in Ottawa, His Royal Highness watched as a 21-gun salute was fired before taking part in the Canada 150 celebrations on Parliament Hill. And, before Their Royal Highnesses left for England, they inaugurated The Queen’s Entrance at Rideau Hall, which contains a new set of doors which “were designed to symbolize 150 years of Canada’s history.”

The royal couple later participated in an exclusive reception honouring 150 outstanding Canadians who are connected to both Charles and Camilla through various charities and patronages.