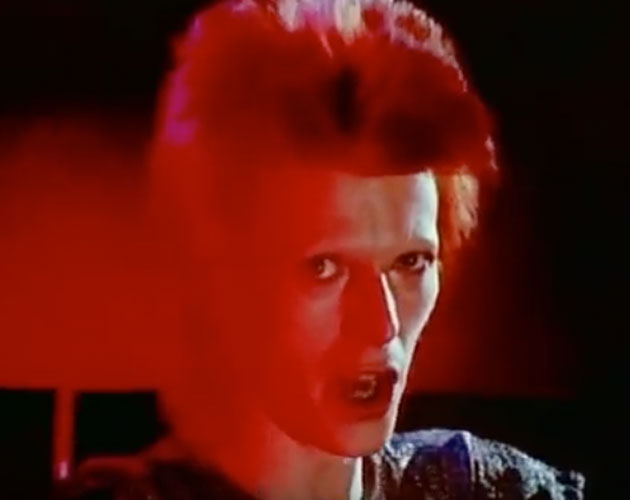 After his self-titled debut album flopped in 1967, David Bowie was in desperate need of a little inspiration. But, before he could achieve a major breakthrough, he’d have to burn through some entirely uninspired projects.

First, he sang Velvet Underground covers with a rock band called the Riot Squad. Then he started a band called Feathers with his then-girlfriend Hermione Farthingale.

Finally, two years later, the inspiration for “Space Oddity” arrived—in an unexpected way. While the song was released by his label to coincide with the Apollo moon landing, Bowie maintained that his inspiration actually came from a science-fiction film he had watched in theatres.

“In England, it was always presumed that it was written about the space landing, because it kind of came to prominence around the same time,” he told Performing Songwriter magazine. “But it actually wasn’t. It was written because of the film 2001 [A Space Odyessy], which I found amazing. I was out of my gourd anyway, I was very stoned when I went to see it, several times, and it was really a revelation to me. It got the song flowing.”

No matter the inspiration, the song went on to become associated heavily with the American moon landing—so much so that it was even played in the background of the British broadcast of the mission.

“I’m sure they really weren’t listening to the lyrics at all,” Bowie told Performing Songwriter. “It wasn’t a pleasant thing to juxtapose against a moon landing. Of course, I was overjoyed that they did.”

Following Bowie’s death, Canadian astronaut Chris Hadfield payed tribute to the rock legend after his 2016 death with a performance of the song aboard the International Space Station.

“Ashes to ashes, dust to stardust,” Commander Hadfield tweeted. “Your brilliance inspired us all. Goodbye Starman.”