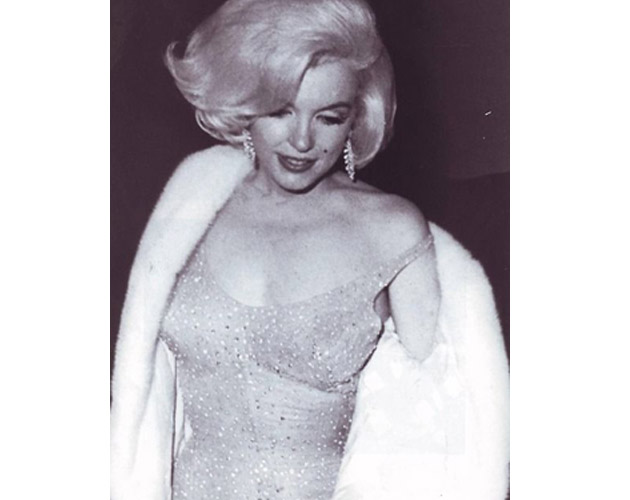 One of the world’s most iconic dresses makes its Canadian debut in Saskatchewan this week.

The slinky dress worn by screen siren Marilyn Monroe when she sang “Happy Birthday to You” for John F. Kennedy was displayed on July 10 at a community hall in Luseland, Sask.

The dress was purchased by Canadian business tycoon Jim Pattison for $4.8 million and was shipped to the small town in Saskatchewan to help kick off the grand opening of Pattison’s Save-On-Foods stores. Pattison, a Luseland native, is the CEO of the Jim Pattison Group, Canada’s second-largest privately held company.

The sheer champagne-coloured gown created by Parisian fashion designer Jean Louis—and adorned with more than 6,000 hand-sewn rhinestones and 2,500 crystals—was worn by Monroe during the May 19, 1962 celebration of Kennedy’s 45th birthday at Madison Square Garden in New York. The dress was reportedly so tight, Monroe wore nothing under it.

Her breathy performance, complete with a sultry “Mr. President” in place of Kennedy’s name, also included a snippet of the song “Thanks for the Memory” for which she’d written new lyrics for the president:

“Thanks, Mr. President
For all the things you’ve done
The battles that you’ve won
The way you deal with U.S. Steel
And our problems by the ton
We thank you so much.”

When President Kennedy stepped on the stage after the performance, he quipped, “I can now retire from politics after having had ‘Happy Birthday’ sung to me in such a sweet, wholesome way.”

The appearance proved to be one of Monroe’s last public appearances before her untimely death three months later, on August 5, 1962.

Edward Meyer, vice-president of exhibits and archives at Ripley’s Entertainment, was the man who made the sizable bid on behalf of Pattison. “It was a very exciting seven minutes,” Meyer told CTV from Orlando, Fla. “When the bids are going up by half a million dollars, if you pause for 30 seconds, you’re already a million back. You have to be able to act and react fast. It’s not until two or three days later it sinks in that, ‘Oh my gosh we just spent $4.8 million.'”

It was the historical importance of the gown that grabbed the interest from Ripley’s Entertainment. “It’s the association with JFK,” Meyer said. “It’s the 1960s. It’s the whole big picture, not just Marilyn. It’s also her last big public event before her suicide/death.”

The dress will also be displayed in Saskatoon, Regina and Winnipeg later in July.