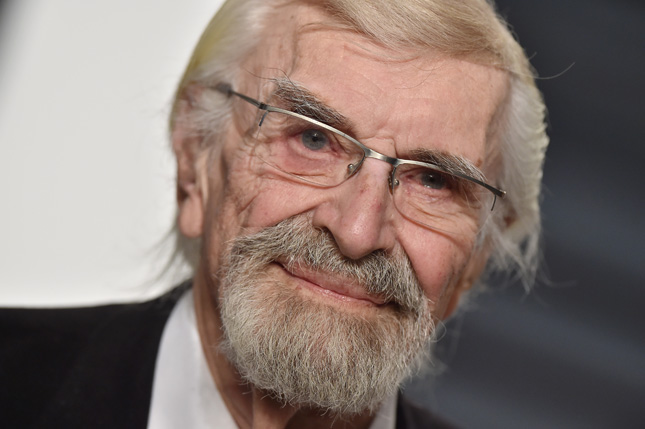 Oscar-winner Martin Landau, who died on Saturday at age 89, spoke with Zoomer about how to tell if you’ll live a long life and the “old guy” roles he hated to play.

Martin Landau refused to play “grunters” in the movies. That was his word, he told me, for “an old guy who sits at a table that the young people make fun of.

“I get too many scripts like that and I can’t do them, I just can’t do them, even if they were big pictures, so I turned them down,” Landau, who passed away on Saturday at age 89, told me a few years ago. “I love challenges.”

I spoke to Landau, then-87, in early September 2015, ahead of the Toronto International Film Festival premiere of what turned out to be one of his last films, Remember, a haunting Holocaust tale starring Christopher Plummer and directed by Atom Egoyan. His performance in the film was superb – no surprise, given the Oscar and Golden Globe winner wracked up major acting award nominations into his mid-70s. We spoke for an hour about the film, how he felt winning the Best Supporting Actor Oscar in 1995 for his role as Bela Lugosi in Ed Wood after being nominated unsuccessfully twice in the past – “I thought I was being set up for another disappointment, frankly, but by the same token I said, you know, I’ve got a good seat and it’s great to be one of the five actors nominated … I was happy to win it” – and about his work as the Artistic Director of the west coast Actor’s Studio. He also noted how much he loved Canadians and visiting Canada, but it was when we discussed staying vital and active into his later years that Landau caught me off-guard with his candid and insightful response:

“Well, let me just say this. Lately I’ve been quoting [Paramount Pictures founder] Adolph Zukor, when Paramount gave him a dinner when he was 100-years-old and he got up and he said: ‘Well, to tell you the truth, if I knew I was going to live this long I’d have taken better care of myself.’ The bottom line is, I’ve got old enough now to play concentration camp survivors so I’m quoting Adolph Zukor under the circumstance. I mean, I have lost a lot of friends along the way, but the bottom line is that I am playing older guys and if I were an opera singer or a dancer I wouldn’t be able to do this anymore, create what I became. But being an actor, there’s something wonderful about playing older characters. I mean, I played Dr. Astrov in an off-Broadway play, Uncle Vanya, in 1956 or 1955. And I replaced Franchot Tone and played the character, who was 50-years-old, and I was in my 20s. A lot of white shoe polish in my hair. I think I was a 70-year-old 50-year-old because I was in my 20s. The point is, if you can stay active and do the New York Times crossword puzzle with a pen, I think you’ll live a long time.”

That last sentence struck me in the moment – “…if you can stay active and do the New York Times crossword puzzle with a pen, I think you’ll live a long time.”

“That is a wonderful quote. That should be on a plaque somewhere,” I exclaimed, an assessment that reads more embarrassing on a transcript than it felt in the moment. I meant it, though, and Landau replied graciously.

And I think he was on to something. After all, as tributes pour in following his passing, Landau’s friends and fans are hailing him as everything from an old Hollywood legend to a brilliant teacher to a timeless talent who remained relevant to the very end.

In other words, anything but a grunter.