Canada’s Governor General To Bid Special Farewell To The Queen 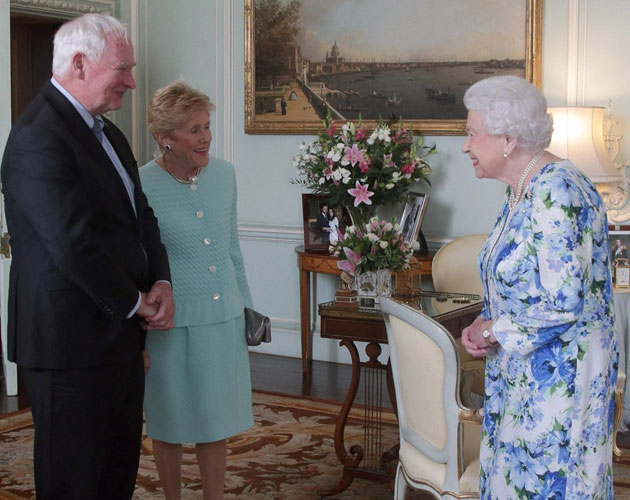 Canada’s Governor General David Johnston bids farewell to Queen Elizabeth this week ahead of his term’s conclusion in the fall.

“As Sharon and I get ready to visit London for the last time during my mandate as governor general, we reflect upon the past seven years and my time as Her Majesty The Queen’s representative,” Johnston said in a statement ahead of the visit. “It has been a tremendous privilege to act on our Sovereign’s behalf and to serve my country.”

On July 19, Johnston will receive the Queen at Canada House in London’s Trafalgar Square for a belated Canada 150 celebration. During the event, the Queen and Prince Philip, Duke of Edinburgh, will meet with young Canadians, business leaders, artists and members of Indigenous communities.

To cap off the festivities, royal couple will unveil a new Jubilee Walkway Panel outside Canada House.