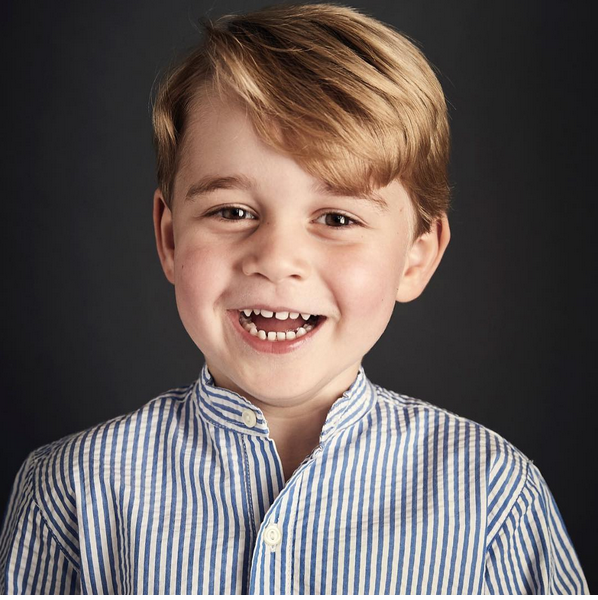 Happy Birthday, Prince George! He turns 4-years-old on July 22, and to mark the occasion The Duke and Duchess of Cambridge have released a new portrait of the future king.

The picture of the smiling young prince was taken at Kensington Palace ahead of his birthday on Saturday.

George made his first public appearance at just a day old outside the Lindo Wing of St. Mary’s Hospital in London. To mark his first birthday, the palace released photos of the young royal enjoying a day at London’s Natural Museum.

For a little trip down memory lane, here’s a selection of photos from George’s first few years. We can’t believe how much he’s grown!