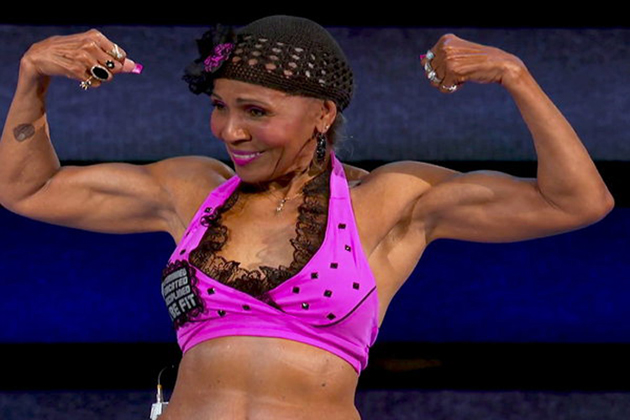 Watch the most fit 81-year-old on the planet show Steve Harvey a thing or two on an episode of “Little Big Shots: Forever Young.”

At 81, Ernestine Shepherd is one of the oldest bodybuilders in the world and even held the Guinness Record for that category in 2016.

Her dedication to fitness however, didn’t start at a young age. It wasn’t until she was 56 that her sister convinced her to join a gym.

Unfortunately, Shepherd’s sister had an aneurysm and died before the pair could achieve their goal. After going two years without training, Shepherd said that her sister appeared to her in a dream and encouraged her to start back up.

At the age of 71, she completed the mission she had started with her sister, competing in her first of nine body building events.

While she no longer competes professionally, she still wakes up at 2:30 A.M daily for a 10 mile run—not bad for 81.

Watch her show up Steve Harvey on an episode of “Little Big Shots: Forever Young.”