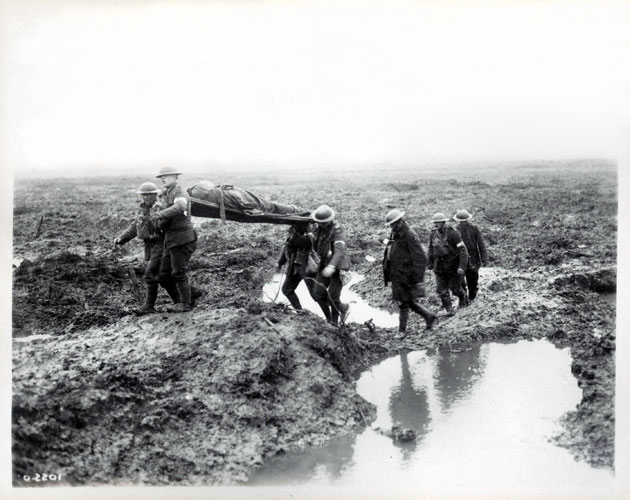 The Duke of Cambridge addressed the relatives of fallen soldiers who fought in the battle of Passchendaele on Monday, which marked 100 years since the battle began.

On Monday, Prince Charles, the Duke and Duchess of Cambridge attended services at Tyne Cot cemetary to mark 100 years since the battle of Passchendaele began.

While the 100 day battle with German forces, led by commander-in-chief of the British Expeditionary Force, Sir Douglas Haig resulted in a major victory, it was also one of the most costly Allied offensives with some 275,000 British casualties, including 70,000 dead.

The battle is also remembered for the muddy battlefield caused by unrelenting rain, which slowed the advance of British troops to a crawl.

With those conditions and constant machine gun fire from the German position, Haig would request re-enforcements from the commander of the Canadian Corps, Sir Arthur Currie. Predicting the battle would cost 16,000 lives, the Canadian commander initially objected. Haig however, was insistent on the importance of a victory and proved too persuasive.

On Oct. 26, Currie launched a ‘set-piece’ attack in which the Canadian barrage moved closer to German lines in timed intervals. By mid-November Canadian forces had helped capture the ridge.

Currie’s calculations however, proved accurate with 15,654 Canadian lives lost in the battle.

“We remember it not only for the rain that fell, the mud that weighed down the living and swallowed the dead, but also for the courage and bravery of the men who fought here,” Prince Charles said in his address.