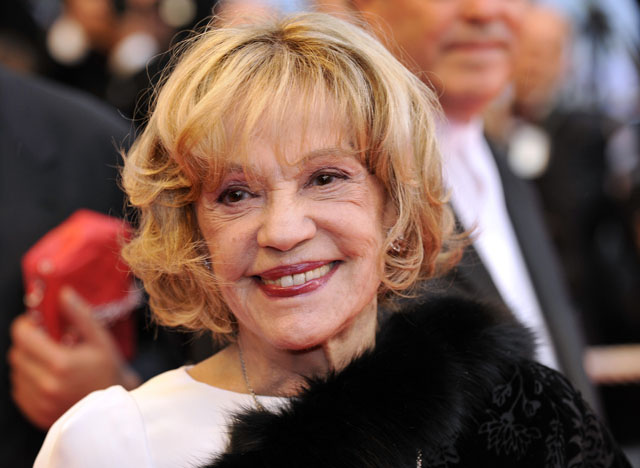 Jeanne Moreau, a giant of New Wave French cinema and one of France’s greatest film stars, has passed away in her Paris home. She was 89.

Moreau, who director Orson Welles once called the “greatest actress in the world” was remembered by fans and peers, including French President Emmanuel Macron, who called her, “A legend of cinema and theater … an actress engaged in the whirlwind of life with an absolute freedom” and Oscar-winning The French Connection director William Friedkin, also her ex-husband, who declared “France has lost a national treasure, as have we all. Her spirit will live forever.”

Moreau, who was born in Paris, dropped out of school as a teenager to pursue a career in acting, first in theatre and then in film, emerging as one of the faces of New Wave cinema in post-war France.

“Of the three most iconic French actresses of her generation – herself, Catherine Deneuve and Brigitte Bardot – Moreau was the one with the most on-screen authority. Post-war French cinema is unthinkable without her,” Sound & Sight magazine editor Nick James wrote on BBC.com. “So many key directors owe important, often breakthrough successes to her – Louis Malle’s Lift to the Scaffold and The Lovers, Francois Truffaut’s Jules et Jim and Jacques Demy’s Bay of Angels, for instance.”

Moreau’s smoky voice and sultry, noir mystique set her apart from many of her American screen counterparts of the period. Not only that, but her 1958 film The Lovers, in which she plays an adulterous wife who runs off with another man, sparked outrage and a court battle upon its release in the U.S., with a Cleveland theatre manager appealing to the Supreme Court against obscenity charges brought by the state of Ohio against him for showing the film. He was ultimately cleared.

With her onscreen allure paired with her innate acting talent, Moreau attracted audiences, top-tier directors and accolades, landing honours from BAFTA (Best Foreign Actress for 1967’s Viva Maria!) to Cannes (Best Actress for 1960’s Seven Days… Seven Nights) and eventually nabbing a César Award (the French version of the Oscars) after many nominations in 1992 at age 64 for The Old Lady Who Walked in the Sea.

She continued acting into her later years, appearing in films as recently as 2015.

“I’ve never worried about age,” she once said. “If you’re extremely, painfully frightened of age, it shows. Life doesn’t end at 30. To me age is a number, just a number. Who cares?”