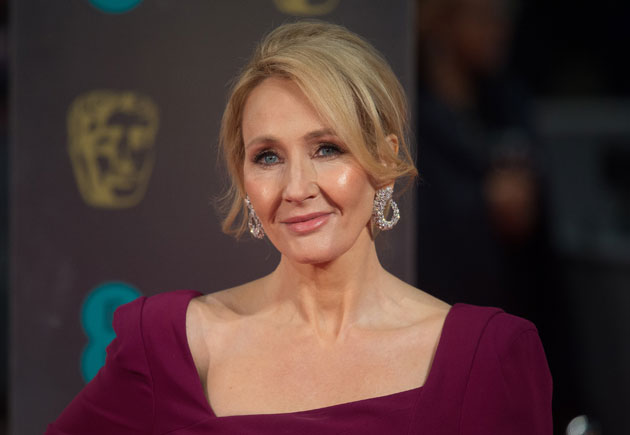 From her responses to Donald Trump to her (totally relatable!) fear of spiders, we’ve rounded up some of the authors’ best Twitter moments in honour of her 52nd birthday (July 31, 2017).

It’s been 20 years since Harry Potter and the Philosopher’s Stone was published in the UK and put J.K. Rowling on the map as one of the world’s most influential writers. To understand just how influential you need only look at her projected net worth, which is currently estimated at a remarkable $1 billion. In 2004, Forbes magazine declared her the first person to become a billionaire almost entirely through book writing. And people say print is dead!

Keen to make a name for herself outside the fantasy world, Rowling dived into adult fiction with her book, The Casual Vacancy, which was published in 2012. She also happens to be a billionaire with a heart of gold: In March 2015, Rowling received the British Red Cross Humanity Award for her charitable work and advocacy for humanitarian causes.

But aside from writing about the (mis)adventures of boy wizards and her philanthropic work, the 51-year-old is also known for her decidedly wicked British sense of humour, something she demonstrates most frequently to her more than five million fans who follow her Twitter account.

Here, a round up of some of our favourite J.K. Rowling Twitter moments:

1. Her amazing response to this Internet troll who said tennis star Serena Williams is “built like a man”: 2. Her vitriol toward Donald Trump: 3. Her honesty about the struggles of being a writer: Her hilariously relatable fear of spiders:

Her complete and utter indifference to whether or not people like her:

Her constant (not to mention relatable) need for cake: