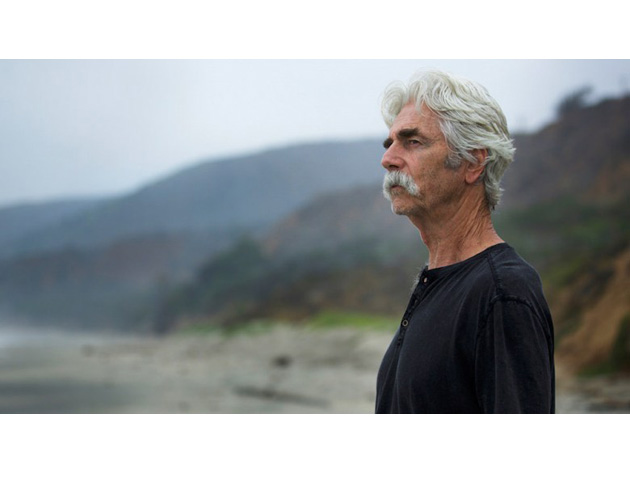 The 73-year-old actor chats with Zoomer about Westerns, his latest movie role and that distinctive voice.

The voice is unmistakable. To converse with Sam Elliott is to be pulled in by his deep baritone delivery. He speaks softly, with a tendency to drop in a casual “yup” or “nope” that recalls iconic cowboys—hat brims pulled low over their eyes—from the golden age of film. Much like a John Wayne, Clint Eastwood or Jimmy Stewart, Sam Elliott sounds like a man from a bygone era of Hollywood.

But Elliott is more than just a voice, of course. The 73-year-old actor, whose career spans a remarkable 50 years, has forged an on-screen persona as a cantankerous yet wise cowboy. Think: Virgil Earp (Tombstone), Wild Bill Hickok (Buffalo Girls) or Sam Houston (Gone to Texas). Even one of his earliest screen incarnations was as Card Player #2 in Butch Cassidy and the Sundance Kid. It would appear Elliott was destined for the gruff, lone ranger parts.

More recently, the lanky, mustachioed star has had a career renaissance, complete with critically-acclaimed supporting roles in two hit original Netflix series—The Ranch and Grace and Frankie—and a major part in next year’s highly-anticipated remake of A Star is Born starring Lady Gaga and Bradley Cooper.

But first, Elliott takes the lead in The Hero, the latest indie gem from up-and-coming director Brett Haley. The film chronicles the trials and tribulations of Lee Hayden (Elliott), a past-his-prime Western movie icon struggling to come to terms with his flailing career and messy home life in light of his recent cancer diagnosis. The Hero features an all-star supporting cast, including Laura Prepon (Orange is the New Black), Nick Offerman (Parks & Recreation) and Elliott’s real-life wife, Katharine Ross (The Graduate).

In many respects, Elliott is playing a fictionalized version of himself, although he insists the film is anything but biographical. “This is not a Sam Elliott biography,” he says. “I think work always affects you on some level personally, particularly with this character. But it’s not a documentary.”

We recently caught up with the actor during his recent promotion for The Hero to talk about the new flick, his Western movie heroes and working with his wife again.

LAURA GRANDE: After working with director Brett Haley on I’ll See You in My Dreams (2015), he wrote The Hero with you in mind. How does it feel to have a film specifically written for you?
SAM ELLIOTT: “It feels pretty good! It’s this wonderful thing that has never come my way before. I’ve had a few parts written for me, but this is the first time anyone actually sat down and wrote an entire script for me. It was a bit of a shocker. Brett and I spent a lot of time together during publicity for I’ll See You in My Dreams and out of those conversations and logging a lot of miles together and becoming close friends, this movie was born.”

LG: Did you have any input in the script?
SE: “Nope, it didn’t need it. It was one of those scripts that didn’t required it. Another nice thing about Brett and his genius as a filmmaker is that he is a collaborative kind of character. If there’s ever a word or a thought that didn’t ring true for an actor, he was happy to listen to somebody else’s opinion. But most of it was really there on the page from the get-go.”

LG: With ageism so prevalent in Hollywood, how important is it to have more stories that spotlight this later stage of life?
SE: “This is the stuff that has always rung true to me as an actor and as an audience. I prefer it to big-budget catastrophe movies. Sure, I’m wowed by that kind of entertainment and the fact that you can conceive of anything these days and actually create it, you know. And I appreciate the special effects world, but as soon as you see it on film you know it isn’t real. I’m more interested in telling stories about real people and I always have been.”

LG: Your character spends the entire film struggling to cement his professional legacy. Has working on The Hero made you consider yours?
SE: “I suppose so, yeah. I think work always affects you on some level personally, particularly with this character. But it’s not a documentary, this is not a Sam Elliott biography. But when you’re playing a part so [similar] to you, it can’t help but make you reassess your own life. But I don’t really think of my life in terms of a legacy. I think about my mortality sometimes, but the legacy that is important to me is the legacy I leave my family when I’m gone—not my old movies, which I eventually grew old on. (laughs)

LG: This film marks the fifth time you’ve worked with your wife, Katharine Ross. How was the experience this time around considering you play a divorced couple?
SE: “It was a little strange, that part. It’s always a joy to work with Katharine. I’ve been married to her for 33 years and I’ve known her for 39 years. We love to work on scripts together and we love to go out and do the work together. You know, I’ve been very fortunate to work with her a number of times over the years and want to continue doing it.”

LG: Much like your character in The Hero, you’ve done a lot of voice-over commercial work in your career. When did you first realize you had such a distinctive voice?
SE: “Well, when I was growing up my mom dragged me to start singing in a church choir; it was called a cherub choir. I was really young, like five or six years old. And from that time, all the way through grade school and high school and college, I was always involved in a vocal ensemble or a big choir or singing solo stuff with some bands I worked with while in Portland. I think all that training had something to do with my voice. I knew I had a good singing voice but I never really thought of it as being used as a tool in the advertising world or films. But I’m sure the first thing I ever did with my voice was a Ford truck commercial. I’ve sold Fords, Chevrolets and just recently ended a long stint selling Ram trucks, so the truck business has been good to me over the years.” (laughs)

LG: What are some of your favourite Western movies?
SE: “Oh God, I’ve got a lot of them. The Searchers was probably a favourite as I was growing up, along with Red River. And you know, I don’t just single out those two because John Wayne was in both of them. Jimmy Stewart was my guy and my favourite actor was probably Gary Cooper. He and Jimmy Stewart are guys that I most appreciated with the kinds of roles that they played. They always seemed to be guys with real integrity in their lives. I had a conscious thought early on [in my career] that if I was going to have longevity then I needed to be careful about the kind of work that I did. It was never about making money for me, it was about doing good films or TV projects. That’s not to say there aren’t a few stinkers out there, but for the most part I’ve done stuff that I can hold my head up about. I’ve been very fortunate to have the stuff that has come my way, there’s no question about it.”

LG: In The Hero your character says, “I did one film that I’m most proud of.” Considering your own extensive filmography, which of your films makes you the most proud?
SE: “I think probably The Hero for everything that’s involved in it. You go off on these things with a little tiny crew for these independent films and it’s shot on tight schedule—we shot The Hero in 18 days for $1.4 million. Often, most indie movies are born in Hollywood, but this came from completely outside this town and it was a joy to work on this kind of film. And that’s not to say that big studio movies can’t be a lot of fun. I just finished working on A Star is Born with Lady Gaga and Bradley Cooper and that, again, was one of those joyful occasions where it was all about the work. Doing those big studio movies you’re sitting around a lot and waiting, but there’s no time to be sitting around when you’re doing an independent movie. It’s fast-tracked, and it’s all hand-held cameras. It’s just a joy to work like that.”

Watch the full trailer for The Hero here.