It’s Back! Netflix Releases Trailer For The Second Season Of ‘The Crown’ 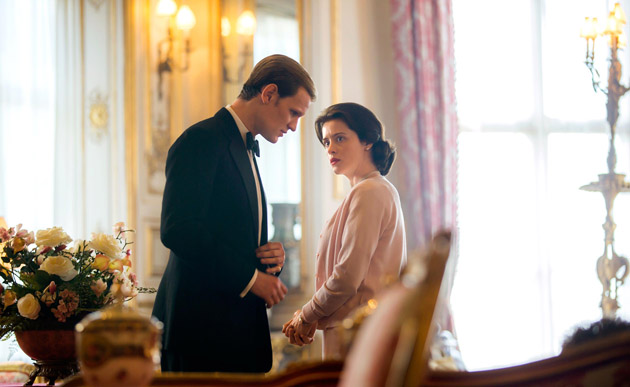 The critically-acclaimed series The Crown returns to Netflix this winter.

The second season, which covers the time period between 1956 and 1964, follows Queen Elizabeth (Claire Foy) and Prince Philip (Matt Smith) as they navigate the intricacies of world politics while also working on their fractious marriage behind closed doors. Expect more family drama as well, with Princess Margaret (Vanessa Kirby) latest affair and the upheaval that accompanies the births of two more royals, Princes Andrew and Edward.

Michael C. Hall, best known for his Emmy-winning performance in Dexter, joins the cast as John F. Kennedy, while Jodi Balfour takes on the role of first lady Jackie Kennedy. “The Kennedys were a real symbol of the ’60s and the world moving forward,” Foy tells Entertainment Weekly. “The Queen is very much stuck in the past at that point. It’s a real wake-up call.”

This coming season will be the last for stars Foy and Smith, who will hand over their roles to older actors to portray Elizabeth and Philip. “We always knew when we signed up to it,” Foy told People. “And also, not to be funny, but it’s also a real plus. As an actor, there’s nothing worse than the sound of ‘seven years.’ I’m sure to some people it sounds amazing, but to us it’s like, seven years of playing the same person?”

The second season of Netflix’s The Crown premieres on December 8, 2017.