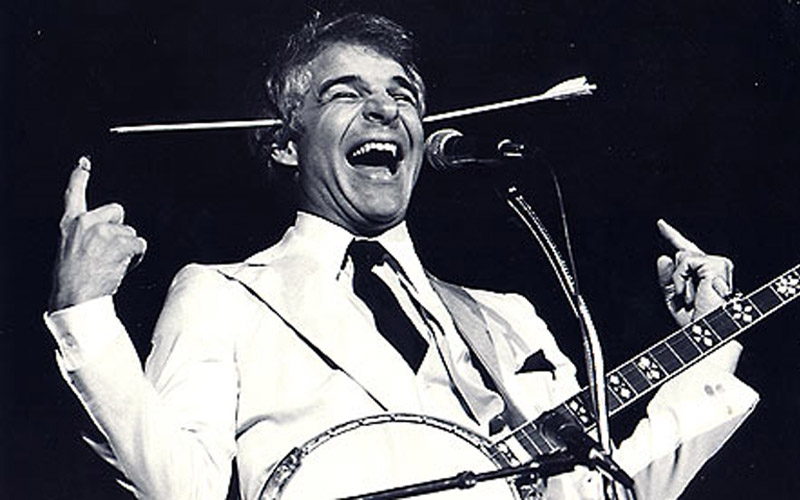 This week (August 14), Steve Martin turns 72 and we look back at some of the comedian’s best moments.

Steve Martin is a marvelous and unique talent. From his early beginnings with wacky prop comedy to all of his brilliantly silly films, Martin can run the gamut between smart and dumb humour with ease. Holding the record for most guest appearances on Saturday Night Live (25), it’s a common misconception that Martin was a cast member. He never was. It makes sense though, that people would make this mistake because his appearances were always memorable and of course, hysterical.

Here are some of our favourite scenes and sketches from the great Steve Martin, from film, television and, of course, Saturday Night Live.