13 Cover Songs That Are Better Than the Originals 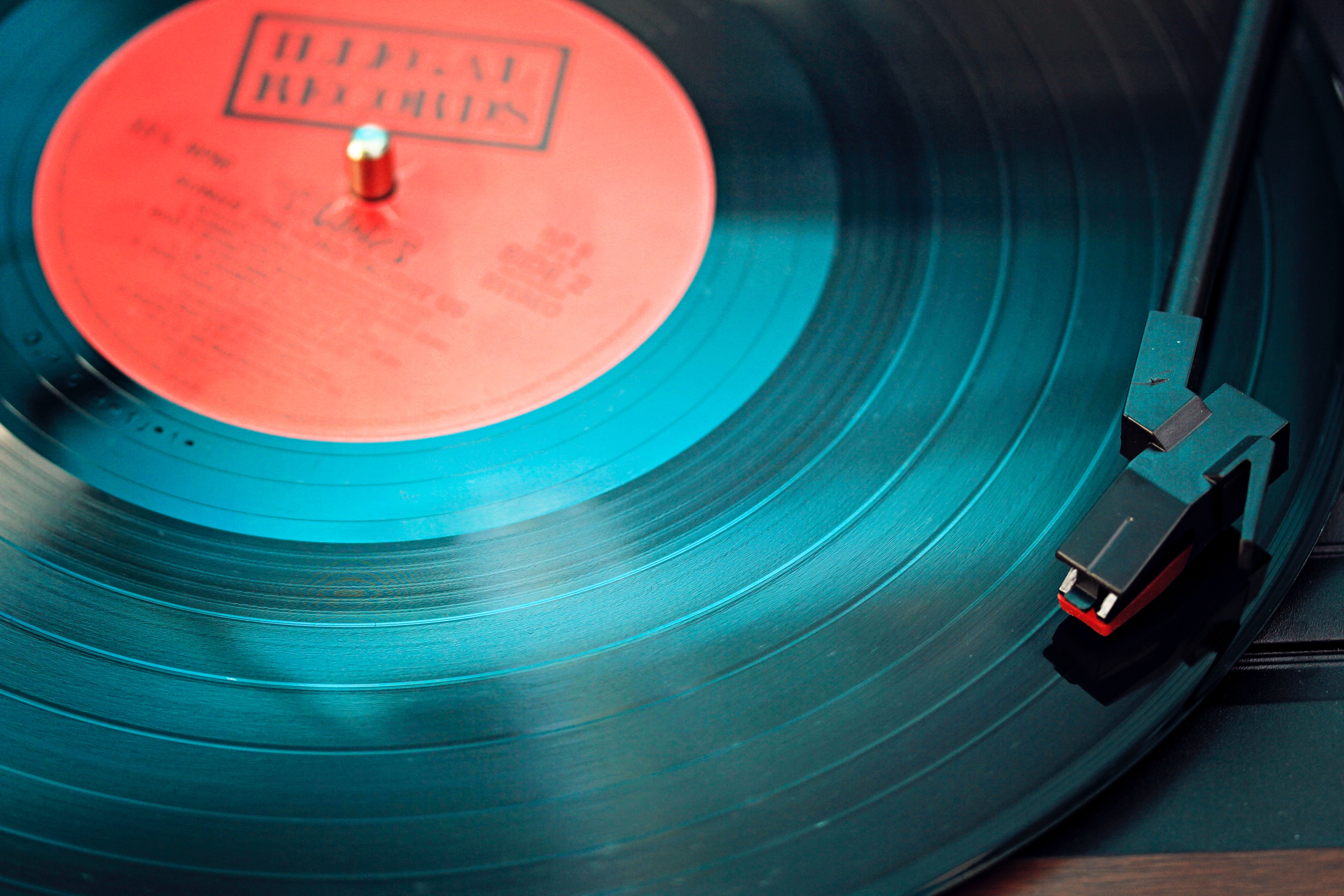 From The Beatles and Joe Cocker to Johnny Cash and Nine Inch Nails, some songs become magically improved upon when left in the (equally-talented) hands of another artist.

Sometimes it takes another artists interpretation of a song to really help you appreciate the complexities of the original. Or, as often happens, you don’t realize it’s a cover because it achieved greater success than the original while in the capable hands of another performer—we’re looking at you, “Hound Dog.”

While some versions are undeniably superior to the original, like Johnny Cash’s heartbreaking rendition of the Nine Inch Nails track “Hurt”, others leave listeners more divided—for example, is it even possible to choose between The Beatles’ and Joe Cocker’s versions of “With A Little Help From My Friends” when both are stylistically different but equally compelling.

In the end, as with any art form, it all boils down to the preference of the audience.

Here, we compile a list of cover songs many music fans and critics believe are better than the originals—and it’s up to you to decide if you agree or disagree.

Written by John Lennon and Paul McCartney for the album Sgt. Pepper’s Lonely Hearts Club Band, the tune “With A Little Help From My Friends” was originally sung by the Beatles’ drummer Ringo Starr. It’s been said that Lennon and McCartney wrote the song with limited range so that Starr—who’s not exactly the strongest singer in the Fab Four—could hit all the right notes. Starr continues to use the hit song to close out each live performance with his All-Starr Band.

The tune took off in 1967, but it wasn’t long before it was covered by another artist. The gritty-voiced British blues singer Joe Cocker released his debut album With A Little Help From My Friends the following year, using the hit track as his first single. And the rest, as they say, was history. At the time, the New York Times music critic cited the cover as “the major triumph of rock interpretation thus far.”

Cocker’s version has aged like a fine wine, finding new life in the 1980s when it became the theme song to the TV series, The Wonder Years. Even now, it still pulls us in and makes us think, “Beatles, who?!”

Trent Reznor of the American industrial rock band Nine Inch Nails penned this Grammy-nominated song for the groups second studio album, The Downward Spiral.  The song references severe depression, self-harm and heroin addiction and was a major success for the band upon its initial release.

But when Johnny Cash released his album, American IV: The Man Comes Around in 2002, it contained his own version of the track. By the time the music video was released, Cash’s health was in decline. The video, interspersed with archival footage of Cash and his wife, June Carter, helped take the song to a whole new level of heartbreak. With his cracking voice and a lifetime of experience to back up the lyrics, the end result feels like a gut punch—and is touted as one of the saddest music videos ever made. To add to its poignancy, June died three months after filming—and Johnny followed her four months later. Just try not to tear up every time you watch it.

From his album John Wesley Harding, singer-songwriter Bob Dylan’s folksy “All Along the Watchtower” has become a staple on his subsequent greatest hits and live concert compilations. However, the American poet enjoyed a brief moment in the sun with his song before it was made infinitely more well-known a mere six months later when Jimi Hendrix recorded a psychedelic version for his album, Electric Ladyland.

Hendrix’s interpretation went on to become a Top 20 smash, even ranking in the top 50 of the “Greatest Rock Songs Of All Time” by Rolling Stone magazine.

Originally recorded by blues singer Willie Mae “Big Mama” Thornton, “Hound Dog” was written as a twelve-bar blues song by Jerry Leiber and Mike Stoller in 1952. Although the song was the only major hit for Thornton, it has since been recorded more than 250 times by various artists and is credited as one of the great influencers behind helping the evolution of black R&B into rock n’ roll territory.

The song was written for a woman to perform considering its lyrics “express a woman’s rejection of a man—the metaphorical dog in the title.” However, it was Elvis’ 1956 recording that gained the song enduring notoriety. It became his biggest song of all time, staying at the top of the pop charts for more than 11 weeks running—a record that stood for 36 years.

Co-written by Kris Kristofferson and Fred Foster, “Me & Bobby McGee” weaves the story of two young drifters who hitch a ride from a truck driver. When the couple eventually go their separate ways when they reach California, the narrator expresses his regret as seeing her—Bobby McGee—go.

Although Roger Miller’s version had modest success on the charts, it was Janis Joplin’s version that became ingrained in popular culture. Released on her posthumous 1971 album, Pearl, Joplin recorded the track mere days before her untimely death at age 27. It went on to top the U.S. singles charts, making it only the second posthumously released No. 1 single in music history behind Otis Redding’s “Sittin’ on the Dock of the Bay.”

The song, written by Phil Medley and Bert Berns, was originally recorded by The Top Notes in 1961, but didn’t become a bona fide chart topper until it was released as a single by the Isley Brothers the following year.

Over the years, “Twist and Shout” has been covered by several artists, but none to greater levels of popularity than The Beatles’ version. In July 1963, the track became the first release from the band’s first UK record. A week after the song’s release, it made the EP bestseller list and remained at the top for 10 weeks.

The above appearance on The Ed Sullivan Show is testament to the band’s burgeoning popularity—and proof that their version of “Twist and Shout” is one for the ages.

The soundtrack for the 1992 thriller, The Bodyguard, sold more than 17 million copies in the U.S.—and fans have Whitney Houston’s stunning cover of “I Will Always Love You” to thank. Houston had the uncanny ability to infuse her songs with an added layer of emotional depth—and never was that more apparent than when she tackled the doomed romance featured in “I Will Always Love You.” As the Hollywood Reporter wrote in their tribute to Houston’s cover, “It’s a gospel singer’s touch.”

Country singer Dolly Parton’s original 1974 version is undeniably memorable, as well. Parton has a talent for adding a human touch to every song she writes, especially when it involves a failed romance or unrequited love. But that Houston was able to take a song from an entirely different genre of music and make it her own is a remarkable achievement—and one we won’t soon forget.

The title track of his third studio album, the song “The Man Who Sold The World” was a modest hit for David Bowie. Although he performed it off and on during his live performances throughout the years, it wasn’t one of his most iconic songs. It was ultimately the grunge band Nirvana’s 1993 live performance on MTV Unplugged that breathed new life into the song and introduced it to an entirely new generation.

When asked about the Nirvana cover, Bowie admitted he was a fan. “I was simply blown away when I found that Kurt Cobain liked my work,” he told reporters. “It was a good, straight-forward rendition and sounded somehow very honest.”

A blues-rock song written and performed by Jake Holmes, “Dazed and Confused” chronicles the break-up of a longterm relationship. Although the song was first covered by the Yardbirds, it was the version put forward by Led Zeppelin that is most fondly remembered. Featured on the group’s self-titled debut album, it featured long stretches of improvisation during live sets—even running as long as 40 minutes in some performances. Zeppelin also upped the ante on theatrics—this was one of only three songs where guitarist Jimmy Page used a violin bow on his guitar.

More controversially, the band never credited Holmes as original songwriter claiming that, since Page modified the melody and wrote a new set of lyrics, no further citations were necessary. However, critics pointed out the similarities to the version performed by the Yardbirds the previous year. No resolution was officially reached as Holmes himself declined to get involved.

There’s usually at least a year or two in between a song’s original release and a cover rendition, but this was not the case with Bob Dylan’s “Mr. Tambourine Man.” Written, composed and performed by Dylan in 1965 (for his album, Bringing It All Back Home), the song reached No. 1 on both the Billboard Hot 100 and the UK Singles Chart—but as a song by The Byrds.

Recorded the same year as Dylan, from their first album Mr. Tambourine Man, The Byrds’ recording of the song has been credited with kicking off the sub genre of folk rock, inspiring other bands to fuse together more intellectual lyrics with folksy guitars And, although the song has been covered countless times since 1965, The Byrds’ version remains the most definitive rendition.

R-E-S-P-E-C-T, is what we should all give Aretha Franklin for her powerful R&B rendition of the Otis Redding original. Thanks to minor revisions to the lyrics, Franklin’s version became a landmark in the feminist movement and one of her signature songs. Hers is told from the viewpoint of a strong, confident woman who knows her self-worth. Redding’s, by comparison, chronicles the life of a desperate man who will do anything he can to keep his lady love by his side.

It’s one of renowned singer-songwriter Dolly Parton’s most memorable tracks. Originally released in 1973, it ranked No. 217 on Rolling Stone magazine’s “500 Greatest Songs of All Time.” Centred on a heart-wrenching plea from a woman who fears losing her man to the beautiful and charming Jolene, the song is the most frequently covered track in Parton’s extensive catalogue.

But for a younger generation, there are those who hold the White Stripes’ live cover performance in their hearts as the ultimate version of the song. As sung by the raspy-voiced Jack White, the feminine point of view of the song still exists—only now performed by a man, which adds another level to the lyrics. The White Stripes’ version was later voted one of the greatest live covers by Rolling Stone magazine.

This one tends to generate the most debate when it comes to discussing cover versions of popular songs. Leonard Cohen loyalists may even find it difficult to admit that, for many, Jeff Buckley’s version of “Hallelujah” is the most memorable incarnation of the song.

Written for his 1984 album Various Positions, “Hallelujah” is often touted as Cohen’s crowning achievement. However, it failed to cause much of a stir upon its initial release and only found greater acclaim after the 1994 recording by Buckley. There are now more than 300 versions of the track, including two from fellow Canadian artists Rufus Wainwright and k.d. lang, but Buckley’s remains the cover most frequently mentioned and critically-lauded.

Buckley’s haunting version appeared on his only completed studio album, 1994’s Grace. Tragically, the singer died in a drowning accident in 1997 at the age of 30, which lends an added air of melancholy to the recording. In 2004, Buckley’s version was ranked number 259 on Rolling Stone‘s “The 500 Greatest Songs of All Time” list, while Time hailed his version as “exquisitely sung,” calling it “a tiny capsule of humanity, [where Buckley’s voice] careens between glory and sadness, beauty and pain.”