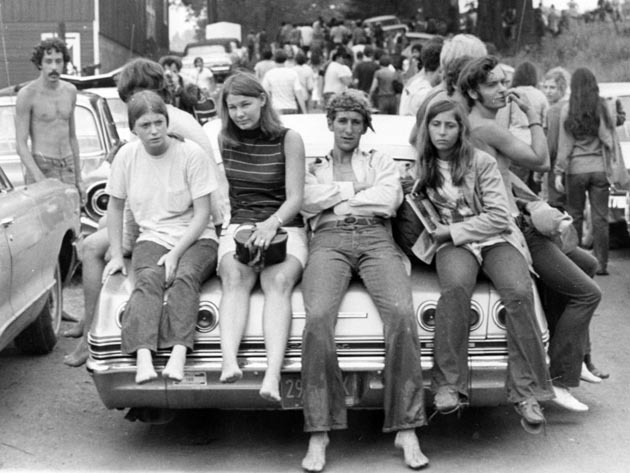 The banning of classic songs has a long, storied—and often ridiculous—history. We look back at some of the more famous ones.

While having your song publicly admonished by censorship boards may sound like a death knell to musicians trying to make it onto the charts, it would appear that, for the most part, a banned ditty results in a monstrous hit. You’d think the censorship boards would’ve pick up on that by now—the more you ban something, the more likely people are to seek it out and embrace it.

Based on a 1937 poem by Abel Meeropol, “Strange Fruit” was a protest against racism in America, particularly the lynchings of African-Americans in the South. Although accounts vary as to how Billie Holiday was first introduced to the song, she was initially turned down by her recording label, Columbia, when she approached them about recording it. Fearing it would be too controversial and receive negative reactions from the South, her producer, John Hammond, refused to work with her on it. Instead, Holiday turned to Commodore producer Milt Gabler. Holiday requested—and received—a one-day release from her studio contract to record “Strange Fruit” with Gabler. Although it was immediately banned in the Deep South (which came as no surprise), it went on to become a massive success for Holiday. In 1978, the song was inducted into the Grammy Hall of Fame.

This one may raise a few eyebrows: “Ding-Dong! The Witch is Dead”—that colourful little ditty from The Wizard of Oz—was briefly banned by the BBC Trust following the April 2013 death of former British prime minister, Margaret Thatcher. Following the passing of the divisive Thatcher, the Oz track reached number two on the BBC Radio One charts. Thatcher opponents had started a campaign to get the song to reach the top of the charts, but their attempts were thwarted when Radio One refused to give the song airtime, saying it “was clearly a celebration of death.”

Who knew a little holiday song commissioned by Saks Fifth Avenue (to promote their Christmas cards) could stir up such controversy? After reaching No. 1 on the Billboard pop singles chart in December 1952, the song came under fire from the Roman Catholic Church in Boston on the grounds that it mingled “Christmas” with “kissing.” The short-lived ban was ultimately lifted when the song’s 13-year-old singer, Jimmy Boyd, met with the Archdiocese to explain the song.

It’s fairly innocent stuff: Told from the point of view of a teen and his girlfriend, Susie, the song revolves around the young couple’s date in which they accidentally fall asleep and don’t wake up until 4:00 in the morning. Once again, the Roman Catholic Church in Boston were up in arms, claiming the song was too vague about what exactly had transpired between the lovebirds before they fell asleep. The Everly Brothers, known for their wholesome brand of rock n’ roll, were surprised by the ban, but it ultimately had little affect on the songs popularity.

A man, a bathtub, a towel—the controversy! A handful of radio stations across North America banned this catchy ditty because some listeners were uncomfortable with its subject matter—a man takes a bath, climbs out of the tub and walks into another room before wrapping a towel around his nether regions. For some, it conjured inappropriate images of Bobby Darin nude. The horror! Regardless of the ban, the kids dug it and “Splish Splash” became one of Darrin’s most famous songs.

It wasn’t until 1970, eight years after its initial release, that “Puff the Magic Dragon” came under fire. American Vice-President Spiro Agnew believed that rock music and its “blatant drug culture propaganda” was threatening to “sap our national strength unless we move hard and fast to bring it under control.” And that little magic dragon made Agnew’s hit list (along with The Beatles’ “Lucy in the Sky with Diamonds”). Sure, the song references “autumn mist”, “little Jackie paper” and, well, a “dragon,” but the song’s composer, Peter Yarrow, denied that the song was anything more than fantasy.

The rhythm and blues hit was originally a 1955 Richard Berry track, but it was The Kingsmen’s 1963 cover that caught the attention of the censorship boards. Admittedly, the lyrics are a little garbled on this song—much like the reasoning behind its ban. Due to the incomprehensible lyrics on the poor-quality track, it was automatically assumed that it was done intentionally to cover foul language. The FBI were asked to intervene and gauge whether it violated laws on the transportation of obscene material. No official lyrics were ever published for the song and, after a two-year investigation that yielded little, the FBI closed the file on “Louie Louie.”

8. “My Generation” (The Who, 1965)
Reason: Allegedly pokes fun at people who stammer

No, it didn’t create a storm of controversy for the fact that it was a youth rebellion anthem—it actually started with a simple mistake. When Roger Daltry was first recording it in the studio, he stumbled over Pete Townshend’s lyrics: “Why don’t you all fade away” became “why don’t you f-f-fade away.” Townshend loved the accidental stammer so much that he suggested Daltry do it again elsewhere in the song (“don’t try to dig what we all s-s-say”). And while some objected to the “f-f-fade” because it sounded like the beginnings of a certain other four-letter F-word, the BBC actually took offense to the lyric for an entirely different reason—they believed it poked fun at people who stammer.

Prior to the track’s release, “God” rarely ever appeared in titles for mainstream songs. Although the song never refers to a specific religious figure (Brian Wilson said it could refer to “any higher force” and was about moving forward after loss), it was banned by some radio stations across the US. It’s purported crime was blasphemy.

It came down to one specific lyric: “Making love in the green grass.” Deemed too suggestive by numerous radio stations across North America, “Brown Eyed Girl” was nevertheless a monumental success for Van Morrison. Many stations compromised by releasing a radio-friendly edit of the song, replacing “making love in the green grass” with a lyric sung earlier in the song, “laughin’ and a-runnin’, hey hey.”

This list could easily be made up entirely of Beatles’ songs that have been banned over the years. The Fab Four were known to stir up controversy across the globe for their revolutionary sound and unconventional lyrics. But it’s this John Lennon-penned track that really had the BBC up in arms. Lennon was accused of referring to his sexual desire for Yoko Ono as a “warm gun.” The phallic imagery didn’t go over well and both British and American censors refused to give it air time.

The upbeat track about a young man who has a romantic encounter with a transvestite in Soho, London didn’t court controversy for the reason you’d think. Sure, the subject matter was controversial and a handful of stations banned it specifically for that reason alone; however, it was BBC Radio’s objections to the lyric “Where they drink champagne and it tastes just like Coca-Cola” that garnered the most attention. The reason for their concern? It was free advertising for Coca-Cola, a big no-no for the strictly non-commercial station. Singer Ray Davies re-recorded the track and changed “Coca-Cola” to “cherry cola.”

TIME referred to Donna Summer’s hit 17-minute single as a “marathon of 22 orgasms.” Yes…they actually counted. In a 1976 interview, Summer was asked about the recording. When the journalist wondered if she’d touched herself when she first sang it, Summer’s slyly responded: “Yes, well, actually I had my hand on my knee.” But not everyone found it amusing. The track was banned from numerous radio stations across North America, yet the disco hit found mass appeal regardless.